In August 2015, we forecasted that “At a rate of ~0.1% drop in unemployment a month, by November it should fall below 5% at current trajectory and the Fed may be tempted to raise Fed Funds target rate by 0.25% to 0.5% as a precautionary measure.”  (Reference 1)

Chart 1: US Unemployment rate versus US Disposable personal income per capital, (TradingEconomics, US bureau of Labor statistics, iCompareLoan.com)

The unemployment rate which is at 5% in Dec 2015 looks to be on a downward trend while disposable incomes are rising. Economic and political pressures are building up for wage growth in 2016. 13 US states are raising minimum wages (CNBC, Reference 2).

The US Federal Reserve would watch keenly whether the economy is over-heating and causing inflation, and raise interest to cool it down.

Labour tightness contributes to inflation, while import price drops is disinflationary. However, personal consumption is 68.83% of the GDP as at Nov 2015 (Reference 4), hence rising disposable incomes would likely lead to inflation, while Oil price may recover in 2016 raising the inflation figure. The rest of the world is largely in a deflationary environment and this caused the US import prices to dip, further aided by the strengthening US dollar. Oil imports price drops played a larger part in the drop of US import prices, leading to low inflation in the US in 2015.

Is the world headed for recession? We can look at respective region’s interest rates as an indicator.

Euro Area interest rate is flat at 0.05%, the lowest ever, China’s 1 year benchmark lending rate broke a new low at 4.35% and Japan’s interest rate is 0%. This indicates weakness in the economic outlook in Europe, China and Japan. In the case of Euro Area and Japan, the interest rates cannot drop anymore, hence monetary easing is implemented to try to create inflation.

Euro Area, China, Japan and United States make up about 65% of the world’s economy at about 18 Trillion, 10 Trillion, 4.6 Trillion and 17 Trillion USD respectively. The United States picks up pace in recovery while the rest of the world largely struggles with a slowing economic growth.

Singapore’s Nominal Effective Exchange Rate is a composite index of a trade-weighted basket of currencies (generally thought of as 15) of Singapore’s top trading partners. 100 is the average, while greater than 100 means appreciation and smaller than 100 means depreciation against the trade-weighted basket of currencies. The reason for this is to maintain price stability for sustained economic growth. What is Price Stability?

Price stability means minimum volatility and low core inflation, generally in the range of 0 to 3%. This is so that businesses can plan and use resources more efficiently. Price stability can be attained through: –

Singapore is an open economy where trade is more than 250% of its GDP.

With such huge imports and exports, this means that domestic policies, monetary supply and interest rates have a lesser impact on inflation than exchange rate. A stronger Singapore dollar will lead to cheaper imports and lower inflation but more costly exports, while a weaker dollar will lead to higher inflation (due to higher import prices) but potentially higher exports (The transmission mechanisms will be discussed separately). However higher interest rates do not severely impact the manufacturing sector as Singapore’s manufacturing sector consists of larger companies which can largely self-fund their expansion or transfer funds from their headquarters. Interest rates affect property developers more.

As MAS has observed that USD Sibor (3m) and SDG Sibor (3m) track each other closely, hence the extensive correlation between US economy and that of Singapore. Moreover, due to Singapore’s role as an international financial centre with an open economy, “Small changes in the difference between domestic and foreign interest rates can lead to large and quick movements of capital.” (MAS, Reference 7). A negative capital account indicates capital outflow and is generally undesired, unless the outflow is due to investments overseas.

In the past, MAS has adopted a “Gradual Appreciation of the S$NEER policy band”.

Singapore’s weak economic growth meant that MAS has to change its policy stances to  “Gradual Appreciation of the S$NEER policy band. However, the rate of appreciation will be reduced slightly”

Simply means, we will still continue to maintain a strong currency, but we will reduce the speed of S$ becoming stronger.

While the United States is not Singapore’s top trading partner, it is nonetheless the 2nd largest economy after EU and the US dollar is still the dominant foreign reserve currency, hence the importance placed on the United States. However Singapore’s use of the S$NEER means that Singapore will weigh it’s currency appreciation against the trade-weighted basket of currencies. This likely means a slight depreciation against the USD and HKD and slight appreciation against its major trading partners, given their current economic weaknesses.

IMF has included China’s Yuan into it’s Special drawing rights in Nov 2015, to be effective 1st Oct 2016 (Reference 8), effectively making China RMB or Yuan as one of the 5 global reserve currency. It is expected that Singapore will make adjustments to it’s S$NEER policy to account for this major event.

When there is weakness in the economy, a country cannot artificially maintain a strong currency stance unless it has huge foreign reserves to defend it’s stance, else it will open up arbitrage opportunities to currency speculators such as George Soros. Hence Singapore’s adjustment of its policy stance is the right policy as it removes any potential mispricing.

When a central bank adopts a believable Currency Appreciation policy stance, then funds will flow into that currency. During this time, funds will be ample and interest rates will be low (sometimes, even negative). Other times, a currency appreciates as a result of other currency’s policy stance, such as the unilateral quantitative easing by the United States. The Swiss franc appreciated instantly against the Euro. This is in response to Euro’s printing of money, indicating weakness in the Euro zone economies. Hence funds find its way into Swiss Franc, considered to the save haven currency.

On the same day, Swiss National Bank sets its interest rate to -0.75%. This is to discourage too much funds flowing into the Swiss francs.

When a currency depreciates, it is the opposite. Interest rates will rise to mitigate against funds outflows.

The number of board member within the Federal Open Market Committee (FOMC) forecasted median fed funds overnight target rates of 2016 at approximately 1.5% and 2017 at approximately 2.75% and 2018 at around 3.5% and a longer run interest rate at 3.25% to 3.5%. If these forecasts were to hold true, these will similarly exert upward pressure on Singapore dollar Sibor overnight rates.

A typical US economic recovery runs for several years while Singapore is just entering a weakening economic cycle which could last 2 to 3 years. Singapore’s largest trading partner China also enters a slower growth phase while its 2nd largest trading partner Malaysia is also slowing down. Singapore’s “Gradual Appreciation of the S$NEER policy band has to be reduced slightly” (MAS).

An overall slight and gradual appreciation of the S$NEER policy band, means that Singapore dollar will have to find the trade-weighted “middle ground” + a bit on the “Appreciation” side. Given that the US is recovery and the rest of the world are largely slowing down, this would means that the Singapore dollar will appreciate against many currencies slightly while depreciate against the US dollar slightly.

Any currency depreciation will need to increase its interest rate to equalize, else funds movement will be fast (in an open economy) and free market will equalize the interest rate upwards. 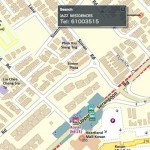 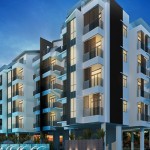