The firm’s report, ‘China12: China’s Cities Go Global’, analyses 12 mainland cities and their transformation into major hubs of innovation and global interaction. It also dives into the country’s emerging wave of influential corporates and the impact that this group of dynamic Chinese companies have beyond their domestic market.

China’s largest companies are leading the charge overseas and emerging as some of the world’s most innovative brands. In terms of scale, Baidu, Alibaba and Tencent rival Google, Amazon and Facebook while hardware giants like Huawei, ZTE and Lenovo have become some of China’s most internationalised firms.

“The China12 are home to a growing group of highly dynamic and ambitious new generation firms that will drive the next wave of globalisation,” says Jeremy Kelly, Director of Global Research, JLL. “We’re already seeing a higher number of domestic brands, both established firms and new start-ups, enter the international market, with key targets in South and Southeast Asia.”

Amongst the global network of cities, Asian markets such as Singapore, Tokyo, Jakarta, Bangkok, Seoul and Delhi are featured prominently. Leading the pack is Singapore as the top destination for mainland firms expanding overseas.

Ms. Tay Huey Ying, Head of Research & Consultancy for JLL Singapore, explains: “Not only is it Asia’s most stable and transparent market and a global financial services hub, Singapore also carries strong links to China and is geographically well-placed to act as a gateway into Southeast Asia.

Two of the world’s most globalized cities – Tokyo and Seoul – come in at close second and fifth places respectively, demonstrating China’s appetite for the world’s leading gateways and financial centres. Jakarta (6th) and Bangkok (10th) are major beneficiaries of Chinese companies’ expansions into Southeast Asia, and Delhi (13th) is a key target as Chinese corporates seek to tap into India’s vast population of over a billion.

Mr. Kelly explains: “Entry into these growth markets allows Chinese companies to tap into Asia’s large, young and rapidly growing consumer populations. We’ve seen some of China’s most prominent firms show major interest in start-ups in India, Indonesia and Singapore as they seek to gain a foothold in these booming economies. E-commerce and consumer electronics firms, in particular, are starting to gain strong market shares in some of these markets.”

The trajectories of many Asian cities, from megacities to mid-sized hubs, are set to be transformed by Chinese activity in coming years. Alongside increased corporate demand and growing intra-regional capital flows, many emerging South East Asian cities are set to benefit from infrastructure investment related to the ‘Belt and Road Initiative’, which will support employment and boost economic growth, while Chinese technology and innovation will transform the way people live and work in cities.

Chinese property developers have bid aggressively for Government Land Sales (GLS), which ramps up government coffers, but may be bad news for the Singapore property market and home-buyers, as additional costs may be headed their way.

In May last year, 2 Chinese developers Nanshan Group and Logan Property forked out $1 billion for a plot along Stirling Road, which set an all time record for GLS.

Qingjian Realty, another Chinese developer has about 10 developments in Singapore. Qingjian not only bought Shunfu Ville for $638 million, but also bid $301 million for a site at Bukit Batok West Avenue 6 soon after – a bid which set them ahead of 11 other bidders, and topped the next highest bidder by 7.7 per cent.

Also, in June last year, Sun Renwang and Yang Xinping (a consortium of Fantasia Investment) bid $75.8 million for a plot at Lorong 1 Realty Park. This was 22 per cent higher than the next top bidder, which incidentally was also Chinese company. The second highest bidder for this site, Singhaiyi Investments and Haiyi Wealth, made a joint bid of $62 million for the same site.

A significant minority of the residential collective sale sites sold in Q1 2018 were also acquired by Chinese developers. A press release by Colliers International, a leading global real estate consultancy services firm, said that Chinese developers made up about 26 per cent of acquisitions, while 4 per cent were listed in Hong Kong.

The influx of Chinese cash may distort the Singapore property market, for as land bids go up, so will prices for homes.

“Higher prices in private property are fine, if they are a result of a growing economy. But that’s not the case – the current situation is one of foreign companies muscling in with deep pockets, and distorting the Singapore property market. Singaporeans who have long saved up to upgrade, or hope for their children to be able to do so, will suffer at the hands of rising property prices. Note that this isn’t just an issue in the newly developed condos: there’s a strong chance of a knock-on effect, as even older private properties will probably see their prices rise in tandem.”

He added: “Also, remember that the private property market is not totally divorced from public housing. As more Singaporeans are priced out of the private market, there will be further demand for public housing (such as resale flats). Increased demand, of course, leads to increased prices.”

Find out the Promo Home Loan Rates, or work with our Panel of Property agents. 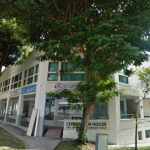 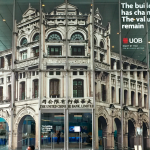