Is standard chartered bank in Singapore a local bank or a foreign bank? Many people are often asking me this question. I guess the question they are trying to get at is, “Is the bank safe?”, “Is it a big and strong bank?”.

Standard Chartered bank was and still is very dear to my heart as I grew up. Taking a walk back to the memory lane. I used to stay near Tanglin Halt area, (where the first “Singapore Improvement Trust (SIT)” flats were built, SIT was later superseded by HDB) and POSB was the bank where my mum kept my bank account book. When I got my NRIC as 12, I went to open an account in Standard Chartered Bank at Block 70 plus in Tanglin Halt. My family is not wealthy, but we were not poor either, I had first $70 a month of pocket money and later that grew to $90 a month. I would dutifully go to Standard Chartered Bank to deposit $40 to $50 each month. I had the joy of watching the digits on my bank book grow.

Why I chose Standard Chartered Bank when I was in my teenage years was due to this word. Standard Chartered Bank – “Big Strong Friendly”. The bank teller uncles and aunties were so nice in the 1980s. They would greet me each time, “Boy, you coming to deposit again ah… Wah, you very diligent saver hor… Got enough to eat or not…”

That “Big Strong Friendly” slogan is perhaps not used anymore today. But in the 1980s, that slogan has a profound impact on my young mind, whoever designed this slogan is a genius. Fast forward to today, it is “Here to stay”, perhaps lacking that affinity compared to 1980s.

Where did Standard Chartered Bank come from?

Surprisingly, standard chartered bank was called, “The Standard Bank of British South Africa, Limited” quite a mouthful. It was incorporated in London on 15 Oct 1862 by a group of south African businessmen led by John Paterson. (Wikipedia) The bank started operations in 1864 in Port Elizabeth, South Africa. Image: The Standard Bank of British South Africa, Limited in the 1800s.

The bank grew by merging with several banks and by 1867 was a prominent in financing the development of diamond fields of Kimberley.

While at the same time, in Hong Kong, Standard Chartered Bank (Hong Kong) was one of the 3 banks to be granted the prestige to print Hong Kong dollar notes.

The other 2 banks being:

When Temasek accumulated close to 20% stake, the Hong Kong government issued a warning that further raising of the stake by entities controlled by a foreign government may cause Standard Chartered Bank to lose its privilege to be one of the 3 banks that is allowed to print bank notes. The ability to print bank notes for all legal tender Hong Kong dollar notes is seen as something very prestigious.

Fast forward to modern day, Standard Chartered Bank is one of the world’s major banks.

In 2015, under the Basel framework (into it’s 3rd revision) for the stability of the banking sector for which Singapore is one of the signatory countries, some banks are deemed as “Domestically Systematically important bank” or D-SIB by Monetary Authority of Singapore (MAS).

In Singapore, several banks fall into this category of domestically systematically important D-SIB. They are: –

MAS said D-SIBs are banks that are assessed to have a significant impact on the stability of the financial system and proper functioning of the broader economy. All banks in Singapore will be assessed for their systemic importance annually based on their size, interconnectedness, substitutability and complexity.

Banks that are deemed D-SIB will be subjected to additional pair of eyes from the MAS, hence their successful continuation is deem nationally important in Singapore.

Hence it is safe to say that Standard Chartered Bank (Singapore) Limited is “Here for good”.

As a Mortgage Broker we are impartial when it comes helping customers compare and analyse the best home loan packages. On a personal level, I cannot help but have a deep affinity to Standard Chartered Bank just because of the Tanglin Halt branch.

“Boy boy, you come to deposit your pocket money again ah… Got enough money to eat or not you deposit so much?” still rings in my ear, the familiar sight and the familiar sound, no less. Bank tellers are the unsung heroes of Banking, it gives the bank a “face” and a “Voice”.

So is Standard Chartered Bank a foreign bank or a local bank?

It is a foreign bank whereby Temasek has a very strong share position. For me, this is a bank I grew up with, it is a bank I feel very local and close to my heart. 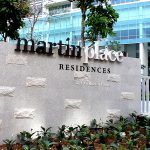 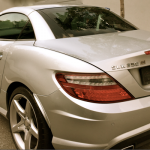