His Ministry’s effort to build affordable HDB flats over the last five years has led to around 150,000 families having booked or collected their keys to their first homes.

“Many of them purchased new flats in non-mature estates (NMEs) like Punggol, Sengkang or Tengah. We price these flats at generous discounts to the market. As a result, the vast majority of buyers of new NME flats spend little or zero cash outlay on their mortgage payments.”

Besides building affordable HDB flats, in September this year, MND made two major policy moves – it raised the income ceilings for HDB flats and introduced a new Enhanced CPF Housing Grant. This allowed for more young couples to benefit from housing subsidies for their first HDB flat.

“These changes will lead to greater demand for public housing. To meet this additional demand, HDB will be launching about 16,000-17,000 new flats in 2020. This is more than the BTO supply of 14,600 flats this year.

“Besides ensuring housing affordability, we also want existing HDB flats to remain good homes for their owners. Hence we are investing significantly in the upgrading of HDB estates.

“Over the last five years, we have spent about $3 billion on various HDB upgrading programmes. In the coming years, we will continue to do more to provide better, greener and smarter homes across all HDB precincts.”

First-timer BTO flat applicants will however not get additional ballot chances confirmed the Minister for National Development in Parliament on Nov 4. He was responding to an MP who asked:

The Minister assured that as a result, in recent years, virtually all first-timer BTO flat applicants have been successful within their first three tries for a BTO flat in the non-mature estates.

To make home ownership a reality for Singaporeans, HDB has introduced different HDB schemes to make homes more affordable. But there’s just one problem: All the schemes that are meant to help Singaporeans are published separately, making it difficult for Singaporeans to read everything at one go. It is no wonder why some Singaporeans end up buying their HDB without leveraging on the available schemes.

When you made up your mind and sign the Agreement of Lease with HDB, the next thing you need to think about is making down payment. Most people know that you need to make a down payment within 4 months of booking a flat.

Nowadays, it is not uncommon to hear of Singaporeans right-sizing their homes. Right-sizing allows Singaporeans to unlock value in their homes for their retirement needs. To help retirees smoothen the right-sizing process, HDB introduced the Deferred Down Payment scheme. For retirees who are downsizing to a 2-room Flexi or 3-room BTO flat, you can defer your down payment till the collection of your keys. This will help ease the cash flow of homeowners with funds tied in your existing flat.

The Fresh Start Housing scheme is part of the government’s initiatives to give financial support to low-income families. In particular, the scheme aims to help low-income families that are living in public rental flats to own a 2-room flexi flat.

As part of the government’s plans to encourage more childbearing, the Parenthood Priority scheme was introduced. This scheme allows first-timer married couples (with or expecting a child) to have priority allocation when buying an HDB flat. At every BTO exercise, up to 30% of BTO flats will be set aside for these (soon-to-be) parents.

Besides these, there are several other schemes which those searching for affordable HDB flats can benefit from. 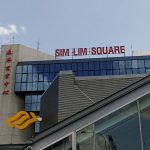