First-timer BTO flat applicants will not get additional ballot chances confirmed the Minister for National Development in Parliament on Nov 4. He was responding to an MP who asked:

The Minister assured that as a result, in recent years, virtually all first-timer BTO flat applicants have been successful within their first three tries for a BTO flat in the non-mature estates.

First-timer BTO flat applicants can look out for this month’s BTO launch provides a number of options for Singaporean homeowners in estates like Tengah, Ang Mo Kio and Tampines. Check out what we think of each of these BTO launches in November 2019 BTO.

There are two very distinct points about this BTO launch in Ang Mo Kio.

The first one is that you can hardly find any amenities (i.e. shopping mall) within the area. The closest one is one MRT station away in Ang Mo Kio. Fortunately, there are still coffee shops and market nearby to help you settle your three daily meals. But if you are looking for a supermarket to do your groceries, you might have to travel to Ang Mo Kio to get your daily needs.

The second distinct point about this BTO launch in Ang Mo Kio is that there are many schools in the surrounding area. If you are a parent, you have a plethora of options to send your kids to. With Anderson Serangoon Junior College and Nanyang Polytechnic, you even have schools to the Junior College/tertiary level. If you manage to ballot for a unit in this BTO, it can alleviate your logistical worries of sending your kids to school. After all, the schools are few bus stops away from your house.

Tampines BTO: The Dream Place For Easties But Only Apply If You Think You Are Lucky

If you have been living as an Eastie, or plan to become and Eastie, then this Tampines BTO launch is the right one for you. Located just behind Our Tampines Hub, it is a gateway to all kind of amenities that Tampines has to offer. From exercise venues like swimming complex and stadium to shopping malls to the two MRT lines at Tampines, it is a highly liveable area that every Eastie dreams of.

However, there’s a catch. With only 650 units available, you need to be REALLY REALLY lucky (it’s not a typo) to get a good ballot number. Plus, even if you get a ballot number, you might not be able to get the unit type that you want. That’s because 650 units include flats from 2R Flexi to 5R. By the time it reaches your ballot number, the flats offered might have ran out. Don’t say we didn’t warn you that the Tampines BTO will be oversubscribed.

Tengah BTO: Living Among The Lush Greenery vs Distance From CBD

Did you know that the most expensive area in New York is actually the area that is right beside the Central Park? That’s because people want to live near to the greenery. But what if, instead of living beside the greenery, you can live within the greenery? That’s precisely what Tengah BTO plans to bring to Singaporeans. Living in Tengah will be like living among the lush greenery, which explains the name ‘Forest Town’. If you are a nature lover, Tengah BTO is definitely THE ONE for you.

There is some downside to living in Tengah though. One of the greatest drawback of living in Tengah is that it is a distance away from the Central Business District (CBD). So, if you are working in the CBD, you can expect to spend 2 hours per day on your daily commute. However, if you are working in the West (think Tuas) or planning to work at the upcoming Jurong Innovation District, you might find the Tengah BTO an ideal living location for you.

Check out and join the page here to find out how we can help you source for the best home loan deal. 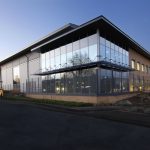