Equinix, Inc, the global interconnection and data center company, on Oct 9 announced the completion of the formation of the greater than US$1.0 billion joint venture in the form of a limited liability partnership with GIC, Singapore’s sovereign wealth fund, to develop and operate xScale™ data centers in Europe. As announced with the signing of the agreement in July, xScale data centers will serve the unique core workload deployment needs of a targeted group of hyperscale companies, including the world’s largest cloud service providers.

The facilities will allow these key enablers of digital transformation to streamline their continued growth, while strengthening Equinix’s leadership position in the cloud ecosystem, as enterprises increasingly embrace hybrid multicloud as the IT architecture of choice.

The initial six facilities in the joint venture will be located in the Amsterdam, London (two sites), Frankfurt (two sites) and Paris markets, on some of Equinix’s existing International Business Exchange™ (IBX®) data center campuses.

Charles Meyers, President and CEO, Equinix, said: “The formation of our JV with GIC is a strategic milestone for Equinix as we continue to deepen our relationships with the world’s largest cloud and hyperscale companies and help them meet their core workload deployment needs and gain proximity to the thriving business ecosystems available at Equinix.”

“Similarly, as today’s businesses are increasingly moving to implement hybrid multicloud strategies for their digital infrastructure, Equinix serves as a unique on- and off-ramp to execute that strategy. We look forward to launching similar JVs in other operating regions and believe these efforts will continue to further differentiate Equinix as the trusted center of a cloud-first world.”

Mr Paul Ho, chief mortgage officer at iCompareLoan, said: “major corporations like Google, Alibaba Group, Amazon Web Services have all expanded their cloud infrastructure footprint to facilitate their respective expansion plans over the last few years. This momentum is only expected to continue. On this joint venture between Equinix and GIC could prove to be profitable and lucrative.”

One recent report said that the progressive roll out of 5G networks across the world is expected to fuel demand for data centres. A 5G network could be up to 20 times faster than the current 4G networks and would spur massive consumption of data and unlock new capabilities such as self-driving cars, cloud gaming and a thriving ecosystem of smart appliances that require a constant connection. In Asia Pacific, Singapore is one of the early adopters of 5G and is on track to roll out 5G mobile networks by 2020. 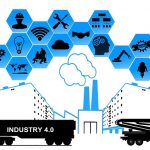 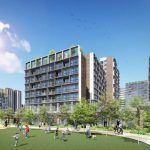