Getting a home is one of the most fundamental needs of a Singaporean couple. You hardly see any Singaporean couple get married without first considering whether or not they will have a roof over their head. The most common routes towards getting a home is through the Build-To-Order (BTO) exercise or buying of HDB flats on the secondary market (i.e. from existing HDB owners). But did you know that you also have the option of balance flats through either the SBF or ROF exercise? Sale of balance flat (SBF) vs Re-offer of balance Flat (ROF): What is it?

What Is Sale Of Balance Flat?

The Sale Of Balance Flat (SBF) exercise refers to an offer exercise for BTO flats that were left over from the BTO exercise. There are a few possible conditions that led to these flats being left over.

Another possibility for the flat to be put up for the SBF exercise is due to unforeseen circumstances.

Re-Possession Of Flat Due To Splitting Of Couple

In order for couples to own a HDB flat, they need to be legally married prior to receiving the keys to their home. However, in the event that the couple decides to remain separate and not be husband and wife in the eyes of the law, they cannot become legal owners of a HDB flat. They will have to give up their rights to the BTO flat that they have balloted for and chosen. The ownership of such flats will go back to the hands of HDB and be put up for sale again under the SBF exercise.

Re-Possession Of Flat Due To Inability To Finance Home

Another scenario is where a couple fails to make the down payment for their HDB flat. Under the HDB regulation, any HDB flat that has been booked by a couple will need to make a down payment of 5% (10% for bank loan) of the purchase price upon signing of agreement for lease. The remaining 5% (15% for bank loan) needs to be paid during the collection of keys. Some couples who are unable to meet the financial commitment will not be able to be in ownership of the flat. They will have to give up the legal rights to their flat. Similar to the previous example, the flat will return into the hands of HDB and be put up for sale again under the SBF exercise.

Re-Possession Of Flat Due To Owners’ Choice

Under the Selective En-Bloc Redevelopment Scheme (SERS), there might be leftover flats that are without applicants. These flats will be absorbed by HDB and placed in the SBF exercise for Singaporeans or PRs to apply for. What Is Re-Offer Of Balance Flat?

The concept of Re-Offer Of Balance Flat (ROF) is a rather new concept that was introduced by HDB only in recent years. The ROF exercise basically absorbs the leftover flats from the previous SBF exercise and offer them to Singaporeans who are looking to start a family (or singles above age 35). For example, the ROF exercise in February 2019 will take all the balance flats from the last SBF exercise in November 2018 and re-offer them to applicants.

Similar to flats in the SBF exercise, the flats could also have been re-possessed by HDB due to splitting of couple, the couple’s personal choice or inability to finance their flat.

SBF vs ROF: How Does The Choosing Of Flats Work For Each Exercise?

For the SBF and ROF exercise, you do not need to indicate which town/estate or preferred flat type in your application. You just need to indicate your interest for the exercise with your spouse (or soon-to-be spouse). You will then receive a ballot number from HDB where you will then be invited to choose your flat based on your ballot number. The number of options you have depend both on your ballot number and how the applicants before you are choosing their ROF flats.

SBF vs ROF: Period Of Application

When Is The SBF Exercise?

When Is The ROF Exercise?

The ROF exercise also takes place twice a year. However, the ROF exercise takes place in the months of February and August together with the BTO launches in the same period. Just like the SBF, you can only choose to apply for the BTO or ROF exercise in each period, but not both.

According to HDB, the waiting time for the ballot results for the SBF exercise is around 2.5 months. After waiting for 2.5 months, you will have to wait for another 3 to 8 months for your selection appointment with HDB. If you are unlucky, that is almost a full year worth of wait.

Compared to the SBF exercise, applicants to the ROF exercise will have a shorter waiting time for both the ballot results and the selection appointment. One week after the ROF application period closes, ROF applicants will know whether they have made it in the balloting stage. The selection appointment will then take place 1 to 5 months after the ROF application period closes.

You can connect with Paul Ho on linkedin to understand more. 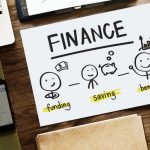 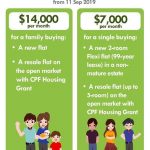