The Budget 2018 has arrived. After months of worrying whether GST will be increasing, finance Minister Heng Swee Keat announced on Monday that the imminent GST hike to 9% will be pushed back to 2021 onwards. Apart from the delay of GST hike, our finance Minister Heng also declared a one-off Hongbao bonus for Singaporeans above age 21. Apart from the goodies and positive news, what other things should you be concerned in this year’s Budget? For a start, you need to start preparing for more taxes. The reality is that the government’s expenditure is increasing, and the government is looking for ways to increase its revenue through other means. If the expenditure growth continues, the government cannot be relying on increasing GST every year. The government also introduced a new ecommerce tax on online services, regardless whether their company is registered in Singapore or not. Overall, bad news, bad budget 2018, and a budget that has run out of ideas considering that Singapore has for years under-reported its budget surplus by classifying government land sales as Reserves rather than revenues.

How Will Homeowners Be Affected by Budget 2018?

One particular area that this year’s Budget seems to be focused on is the property sector, especially residential property. Minister Heng announced four changes to existing measures and a tax that will affect homeowners.

1.  Carbon Tax For Every Company And Household

As part of Singapore’s effort to reduce carbon emission, Minister Heng proposed a new carbon tax that applies to all companies. Since the electricity that every household uses will produce greenhouse gas emissions as a by-product, each household will see its electricity price go up by 1% from current Singapore Power electricity tariffs.

The carbon tax chargeable will be first introduced in 2019 at $5 per tonne of greenhouse gas emission. However, the carbon tax will be reviewed every five years and adjusted accordingly, based on the Ministry of Finance’s review. Minister Heng has already warned Singaporeans that the carbon tax will eventually hit $10-$15 per tonne of greenhouse gas emission by 2030. This means that you and I should expect to pay up to 3% more for electricity tariffs by 2030.

During his Budget speech on Monday, Minister Heng announced the extension of the Wage Credit Scheme (WCS) for three years to 2020. The WCS will co-fund wage increases for Singaporeans. This will apply for Singaporeans who earn less than $4,000 and receive monthly pay rises of at least $50. The Singapore government will co-fund 20% of wage increases in 2018, 15% in 2019 and 10% in 2020. This is one of the actions taken by the Singapore government to help Singaporeans cope with the rising cost of living, including paying for the increasing cost of homes.

To allow more Singaporeans to live closer to (or live with) our parents “for mutual care and support”, the government is enhancing the Proximity Housing Grant (PHG).

What about those who want to live near your parents? Under PHG, you will continue to receive $20,000 and $10,000 respectively for couples and singles. However, the qualifying definition of proximity has been redefined. Instead of 2km or within the same town/estate, the proximity definition has been simplified to just 4km from your parents’ public flat or private property.

If you are not planning to live close to your parents, chances are that you will need to employ a foreign domestic worker (FDW). In this year’s Budget, the FDW levy has been increased by 13% from the current monthly levy of $265. And if you are one of those who have a second maid, the monthly levy for your second maid will surge by 70% to $450. This will take effect from 1st April 2019. That being said, if you are employing a maid to take care of young children, elderly or relatives with disabilities, the concessionary FDW levy still applies to you. You don’t have to worry about the increasing cost of employing a maid.

One important thing to note is that the top marginal BSD increases with the value of your desired property. The more expensive the property you want to own, the more you will have to pay for your BSD. And if you are thinking of buying before the new BSD kicks in, you are a tad too late. Minister Heng anticipated that and let the new BSD kick in the day after his speech. By the time you are reading this, it would already have been implemented. For those who have bought (as in gotten their option to purchase before 20th Feb 2018, they have a limited time to exercise the option to be eligible for the previous rate)

On the surface it seems to be taxing the wealthy more, in fact it has the effect of driving most people to buy smaller price quantum property residential housing units. With rounds and rounds of En bloc sales redevelopment, good properties were being torn down and rebuilt with ever smaller units achieving ever higher per square feet prices. With per square feet prices of $1,500 or more these days increasingly becoming the norm, houses that are priced within $1,000,000 are likely to be only 600 to 700 square feet. No wonder Singaporeans are disappearing because with tiny places, they can make love but they will have no place to make babies nor be able to afford babies. Soon Singaporeans will be as much a fable as the lost island of Atlantis as the native Singaporeans age and die out.

Overall a bad budget 2018 for Singaporeans and PRs. Raising the GST despite the huge surpluses demonstrates a great lack of empathy from the Singapore government.

Will the Singapore Government Tax the en bloc sales proceeds? Nope, they have to tax the poor and rich alike with a regressive Goods and services Tax.

With the top bracket of 4% BSD imposed, hopefully it will stop the rampant wastage that is En bloc sales pulling down some really justified building that are run down, but also many perfectly well maintained and spacious condominium. Let’s see.

If you are getting married, you still have no choice but to go ahead to get a place. So do so with your eyes opened, check your affordability and so on. If you like a bigger unit, go for the older resale strata titled units, if you like a newer place, go for the new condos, you may read about the property buying guide for new launch condo.

Check with a Mortgage broker to assist you to get the best home loan deals for your property. 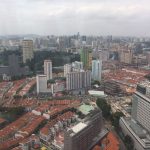 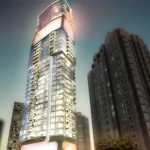