Expensive property and the worst home loan, how to find one? This is the question. Housing in Singapore is very affordable, assuming you have a bank account that looks like a phone number. Since it’s important to not take half-steps, we sometimes compound our high cost homes with high cost loans. Sure, there are plenty of websites that all claim they can get you the best home loan; but if that’s the case, why do so many people have home loans that suck? Here’s a reality check, on how people end up with stupid and worst home loan packages:

Because it’s not like anyone enjoys spending the weekend reading about bank interest rates. Most of us will buy a house once or twice in our lives; there isn’t really much awareness of how home loans work, which is why it’s so easy to sucker us. Most of the time, we’ll just take the recommendation of a property agent (they get a commission for referring us), or just use the bank we already save with.

Most people don’t realise that bank interest rates – crudely speaking – move with the bank’s quota. Every bank has a certain amount they want to loan out, as they come closer to meeting that quota, their interest rates rise. There really isn’t any advantage to taking a loan with a higher interest rate; it just means you got suckered.

Now that’s clear, here’s how you end up with the worst home loans:

1. Is HDB the worst home loan? You insist on using the HDB loan, even when you can afford the cash outlay

The HDB Concessionary Loan must be the cheapest loan, because it’s from the government right?

Actually, HDB loans have been more expensive than home loans from banks, since about 2008. The interest rate on your HDB loan is always 0.1 per cent above the prevailing CPF rate. For almost two decades now, HDB loans have charged an interest rate of 2.6 per cent per annum. But if you look up bank loans, you’ll see very few loan packages that are above two per cent per annum. And if you had used a bank loan between 2008 to 2012, you could easily have had interest rates as low as 1.4 per cent.

There are two main reasons people still end up with HDB though.

The first is, as we’ve said, the assumption that anything managed by the government is cheaper. Which is kind of funny, given that a government body will pay a couple of million dollars for a bin centre. The second reason is the initial cash outlay. HDB loans are more tempting at the start, since they can finance up to 90 per cent of your flat. Banks can only do 80 per cent. But remember you can refinance from an HDB loan into a bank loan.

2. You get conned by exotic options

There aren’t many ways to differentiate products like home loans. Ultimately, you just find the cheapest and that’s it. What else would convince you to pay more over the next 25 years? Complimentary coffee? A key chain?

Still, if you ask why a bank is charging more, the appropriate reply can’t be to shrug and say “someone might take it because they didn’t check”. Even though that’s pretty much 99.9 per cent the reason. So rather than just rely on that, some banks will spin it a little – that’s when you get more exotic options. Back in 2010, for example, we had hybrid loans that used both SIBOR and SOR to determine your interest rate. Or you had options like interest-offset, where part of your fixed deposit is treated as if it’s already been paid into your home loan (thus lowering the interest repayments). Because when a loan is already this complicated, the best thing to do is confuse things even more by adding bizarre features.

Some of the times, the exotic options may be good deals. But most of the time, they’re marketing hoo-ha that doesn’t change a real fact: they’re simply not the cheapest loan on the market.

3. You blindly take a Board Rate besides the Fixed Deposit Home Rate

If you use a Board Rate (BR), you basically let the bank determine whatever rate it wants. This is a side-effect of listening too much to relationship managers (next to other side-effects like buying unnecessary insurance, or having a lot less money than at the start of the conversation).

There is a kind of BR that’s somewhat more reasonable, and that’s the Fixed Deposit Home Rate (FHR) loan. But only because FHR loans are tied to fixed deposit rates, which are (1) more clearly visible, and (2) which banks are a little less eager to raise dramatically, as they’d have to pay more into fixed deposits. But if you give your bank open permission to toy with your interest via other BR loans, you’re probably going to regret it.

4. You bought the “just refinance” argument

Sometimes, you’ll find a loan that’s the cheapest at the moment, but which will be much more expensive when the rates shoot up in four years. And the rates always shoot up on the fourth year, unless you have a fixed rate loan.

The bankers like to hand wave this, and tell you that you can always refinance when the time comes. Which is true, if you don’t mind forking out $2,000 to $3,000 in fees whenever you do it. And even if that’s affordable to you, don’t forget that cheaper loans may not be available, for you to refinance into. Or that you need to go through the whole tedious process of having our home valued, and getting loan approval again.

Sometimes, it’s better to pick the rates that are cheaper in the long term; not just the cheapest rates, which are in the first three years. Speak to a mortgage broker at iCompareLoan.com for more details. It’s free and, unlike the bank, we don’t waste the first 40 minutes trying to sell you a Unit Trust.

5. You find a home loan from a non-mortgage expert

Some people get their home loan chosen by their insurance agent, or their property agent. You could, but why would you? That’s like asking your car mechanic to give you a haircut.

The issue isn’t so much that these people get referrals from the bank; we’re sure they’re honest and all. The issue is that they’re not experts, and you have no idea if they’re recommending the cheapest loan or not. Nor do you have to take their word for it, because smartphones are magical things. You can type “loan comparison” into it right now, and instantly pull up a list of the cheapest home loan rates. Heck, you can do it for free right here.

You can do it yourself, at zero cost. There’s literally no reason to be herded toward a particular bank.

It’s easy to avoid the worst home loans, but people get stuck with them all the time.

This is just an issue of inertia. If you’d just bother to do the loan comparison online, there’s almost no way you’ll end up with the pricier loans. And since the mortgage broker also does the paperwork for you, it’s not harder to apply for a home loan yourself. Think about that, before entrusting someone else with your loan decisions. 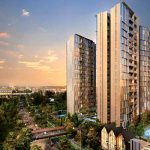 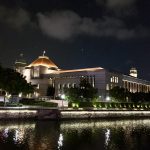