The economy of Singapore will be severely and negatively impacted if there is any changes to the established economic world order. The prospect of a trade war between the United States of America (US) and China has not died not despite the leaders of both countries being more measured in their comments in the past few weeks. In tit-for-tat actions, US President Donald Trump has threatened to impose tariffs on US$150 billion worth of goods on everything from solar panels to aircraft to cars, after China’s Xi Jinping  imposed preliminary antidumping tariffs of 178.6 per cent on sorghum (a crop used to make alcohol and biofuels).

The International Monetary Fund (IMF) had previously warned that China’s economic growth especially would be significantly and negatively impacted if the trade war materialises. CNBC reported on 24 April that “over the last few years, China’s debt-to-GDP has ballooned to more than 300 percent from 160 percent a decade ago, causing many people, including Chinese officials, to warn of a financial-sector debt bubble that’s waiting to burst.”

The publication quoted  Peter Pauly, an economics professor at Toronto’s Rotman School of Management, suggesting China’s nonperforming loan problem may be even worse than people think. “No one knows who owes what to whom or how much,” said Pauly. “Only when it starts to go bankrupt will things start falling apart.”

The chief mortgage consultant of icompareloan.com, Paul Ho, has however dismissed the warning of both IMF and analysts like Pauly’s as “trash talk”. He thinks that the international banks are trying to “kill China in its tracks” as they had an interest in the continued dominance of the US Dollar and “are afraid of the day where they can no longer freely print money (credit).”

“If Petro-Yuan were to take hold, the US dollar would gradually lose its value,” he added.

Talks of the Petro-Yuan surfaced after reports emerged that the Chinese city of Shanghai was taking the first steps to pay for imported oil in reminbi, or yuan, instead of the US dollar. If true, this would threaten the hegemony of the US currency.

Paul believes that this would prevent the US from “stealing” the world’s resources, such as oil.

“Why “Steal”? Because the US Dollar today is a basket case. It has super high debt and its value is artificially propped up due to the need as a reserve currency. And a large part of the reason is that you need US Dollar to buy petrol. As a result of oil, many countries settle their trade in US Dollar.

“All other countries have to earn US Dollar by selling their goods and services to exchange oil for electricity and transport, while the US does not need to sell anything. All they need to do is print more US Dollar to create the world’s strongest military, create constant deficit and continue to install puppet governments or topple governments by labeling them with whatever sticks (e.g. terrorists).”

But if the attempts by those that have a vested interest in propping up the US Dollar fails and if a trade war indeed breaks out between China and the US, one of the biggest casualties of that would be Singapore.

Singapore is part of “China’s great export machine” that Trump is hell-bent on destroying. The percentage of GDP (Gross Domestic Product) our exports add value to China’s exports to the USA suggests that if the war of words between the two giants erupt into a real trade war, the economy of Singapore will be badly affected.

And if China’s financial-sector debt bubble does indeed burst, it is also bad news for the economy of Singapore. This is because Chinese developers, property buyers and investors are heavily invested in the different business sectors of the country.

The economy of Singapore is a very open one and being so, is highly reliant on big powers like the US and China. What is certain is that, any action by the big players which tips the balance either way, will be a big blow to Singapore from which it may never recover. What is also certain is that, a big shift in the global economic order is coming and it is unclear if Singapore will survive that. 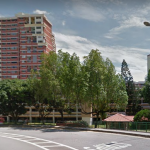