Foreign property developers, mainly China property developers, have a real fascination with Singapore. That’s good news for government land sales, because if you haven’t noticed, this island is damned tiny. That means they’re forced to bid aggressively, which ramps up government coffers. On the downside, all those additional costs might be headed in the direction of home buyers:

In May this year, Nanshan Group and Logan Property (both Chinese developers) forked out $1 billion (Reference 1) for a plot along Stirling Road. That sets the all time record for government land sales, but we shouldn’t have been surprised. Chinese developers and their aggressive bids have come a trend.

For example, Qingjian Realty, a China based developer, now has 10 developments in Singapore. Prior to the Stirling Road incident, they were the company smashing records for top bids. They were the ones who bought Shunfu Ville for $638 million (Reference 2), despite the property slump (and the fact that they would have limited time to sell around 1,000 units). A week later, they bid $301 million for the Bukit Batok West Avenue 6 site – a bid that set them ahead of 11 other bidders, and which topped the next highest bidder by 7.7 per cent (Reference 3).

It is, but get this: in June this year, a consortium of Fantasia Investment, Sun Renwang, and Yang Xinping bid $75.8 million for a plot at Lorong 1 Realty Park. This was a stunning 22 per cent higher than the next top bidder, which was also Chinese (a joint bid of $62 million by Singhaiyi Investments and Haiyi Wealth).

This isn’t unique to Singapore though. It’s part of an overall push by Chinese developers around the globe. According to Jones Lang LaSalle (Reference 4), Chinese real estate development in foreign countries hit a record high of US$33 billion (SGD$44.85 billion) in 2016. Even in Hong Kong, there’s a worry about mainland developers pushing in aggressively (Reference 5), and disrupting the real estate market.

Consider the first victim of mainland Chinese property developers: Hong Kong. Within this special zone of China (which shares some similarities with Singapore, such as limited land space), local developers have seen profit margins shrink from an average of 40 per cent in 2009/10, to somewhere in the region of 20 to 25 per cent (Reference 6). There’s no reason to expect local developers in Singapore will be spared, and they’re already feeling the squeeze.

China developers in Singapore could have relied on their china experience where land price keeps rising despite high vacancy rate and felt that the Singapore property market could behave the same way.

Why should Singaporeans care?

The influx of Chinese cash distorts the Singaporean property market. As land bids go up, so do prices. Property development isn’t a charity; at the rate land bids are rising, even Chinese developers – with their thin profit margins – are going to end up charging Singaporeans a steep price.

Higher prices in private property are fine, if they are a result of a growing economy. But that’s not the case – the current situation is one of foreign companies muscling in with deep pockets, and distorting the local property market. Singaporeans who have long saved up to upgrade, or hope for their children to be able to do so, will suffer at the hands of rising property prices. Note that this isn’t just an issue in the newly developed condos: there’s a strong chance of a knock-on effect, as even older private properties will probably see their prices rise in tandem.

Also, remember that the private property market is not totally divorced from public housing. As more Singaporeans are priced out of the private market, there will be further demand for public housing (such as resale flats). Increased demand, of course, leads to increased prices.

We should also consider what foreign developers are really contributing. We don’t know, for example, if foreign developers hire local subcontractors and contribute to jobs; they may bring in cheaper hands, sourced from their own country. In fact, the ability of Chinese developers to make such high bids may reflect their ability to get cheaper supplies, and cheaper manpower – it costs far less to bring in materials and labour from China, for instance, than it costs to hire and buy locally.

We also need to consider that, because of the type of properties built, there is no ongoing investment in Singapore by the developers. Building a condo is not the same as, say, building a factory, and starting a company that employs Singaporeans. Once the condo is finished, the developer pockets the money from Singaporean buyers, and takes our money home.

While Chinese money may look like a windfall on the surface (it contributes a fair bit to government coffers, which we hope goes toward Singapore’s infrastructure), we may still be losing more than we’re gaining. Someone will make money off capital inflows from China; but it’s doubtful whether that person is the average Singaporean. We shouldn’t close the floodgates to foreign developers, but maybe we can narrow them a little.

If I want to buy a property in Singapore for own stay, you should click on the link and read more about it. There is no use to time the market when the market has become irrational.

a. How big will Singapore homes get, https://www.icompareloan.com/resources/how-big-will-singapore-homes-get/

b. When is the best time to buy Singapore property for Own stay, https://www.icompareloan.com/resources/best-time-to-buy-singapore-property/ 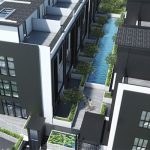 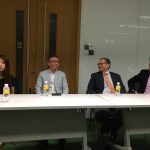