The Urban Redevelopment Authority (URA) revealed late last year that Singapore had an overhang of 31,948 units and observers believe that this property glut could take years to clear, exacerbating concerns over the already uncertain economic climate.

The Monetary Authority of Singapore (MAS), Singapore’s central bank, warned last November that the property glut threatens to push down property prices and it appears that the oversupply issue will not be resolved soon and could take years to clear.

Observers say that the oversupply of flats can be traced back to the en-bloc fever that arose during the property boom of 2017-2018.

Christine Li, head of research for Singapore and South-East Asia at Cushman & Wakefield plc, told Bloomberg that “excessive exuberance” in buying en-bloc sites, which are entire apartment blocks that are sold by a group of owners to a developer for redevelopment, caused the glut.

What the flats oversupply means for 2020 and beyond

Ms Li that property sales averaged about 2,500 homes per quarter in 2019 – this rate means that it could take nearly four years to clear the excess of flats.

OrangeTee & Tie Pte Ltd’s head of research Christine Sun added that sales could fall between 5 and 10 per cent this year given the uncertain economic outlook. Property prices could still rise, at a slower pace of 1 to 3 per cent, as long as the economy doesn’t “deteriorate excessively” this year.

Echoing a similar view in an interview with Bloomberg, Tay Huey Ying – head of research and consultancy at Jones Lang LaSalle Inc’s Singapore office – warned: “If the economy stays lacklustre or weakens further and drags down market sentiment, price growth could falter.”

Bloomberg reported that the flats oversupply today is more prevalent in suburban districts like Hougang compared to prime areas that are closer to downtown and boast better access to the central business district, shopping hotspots and elite schools.

Although Hougang is just a half an hour away from Orchard Road by train, oversupply of flats is more pronounced there than in downtown areas.

For example, only about 38 per cent of the 1,410 flats at The Florence Residences in Hougang were occupied near the end of last year despite the new development’s top facilities, which include a sparring ring, outdoor cinema, 80m lap pool and rock-climbing wall.

Similarly, only about 57 per cent of the 3,137 units at new developments that are located within a 20-minute driving distance of The Florence Residences had been sold, as of the end of 2019.

Developers are now calling on the Government to ease property cooling measures like the 20 per cent stamp duty for foreign buyers and buyers purchasing multiple properties.

Developers are also appealing for more time than the current five year limit to sell units before they are slapped with the 25 per cent levy that was introduced to prevent land hoarding.

Cushman and Wakefield’s Ms Li, however, told Bloomberg that it would be “unwise” for the Government to ease property curbs to bail out developers and advised that stricter limits should be enforced on en-bloc sales so that such an oversupply situation would not recur in the future.

She said: “If this precedent of a bail-out is set, developers will not exercise restraint in acquiring en-bloc sites in future cycles, flooding the market with supply and relying on the government to rescue them again.”

The introduction of the fresh property cooling actions a year into market recovery, after four years of decline, was aimed at calming the euphoria in the private residential sector. Home prices which had risen was tapered in the last quarter. The price increase was largely driven by the brighter economic outlook, pent-up housing demand and more positive market sentiment.

The Minister for National Development said in early October 2018 that it is premature to conclude whether the property cooling measures have been effective, but that here are early signs that the measures may have kept the pace of price increase in check. He added that the Government will continue to monitor trends in the property market, and adjust its policies as necessary, to maintain a stable and sustainable property market

Mr Paul Ho, chief mortgage consultant at iCompareLoan said that housing loan business over the next few quarters is likely to be muted because of the flats oversupply, and that most of the housing loans would be the drawdown of loans already approved before the introduction of the cooling measures.

He added: “Such weaknesses in the bank loan growth is expected to be corrected by the long-term effects of demand-and-supply.

Despite the new property cooling measures and weaknesses in bank loan growth, the Singapore real estate market still looks positive for property investors. The fact is, the overall interest rate environment in Singapore is still considered low on a global scale. This is one major reason why Singapore’s property market will remain buoyant. 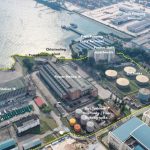 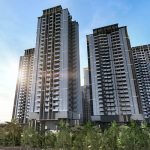