There are higher non-citizen residents in private residential estates in the Central Region, Minister for National Development, Lawrence Wong, said in a written response.

The Minister was responding to a parliamentary question asking: “which private estates have the highest concentrations of particular nationalities; what are the proportions of the various nationalities in these estates; and whether the Ministry will consider introducing ethnic quotas for private estates to facilitate harmonious relations with Singaporean households in the same areas.” In revealing which estates had higher non-citizen residents in private residential estates, the Minister said:

“We recognise the importance of having diverse and well-integrated residential estates across the island, and are looking at various ways to achieve this. Imposing a quota on private estates, as suggested by the Member, is an option. But this is not something that can be easily implemented, and will have major implications for the property market and for all private property owners.”

“Aside from this, we are using other urban planning levers to achieve a better mix in our private estates. For example, we intend to inject more public housing in the city centre, which largely comprises private residential estates today. In addition, our strategy to inject more industry and jobs outside the city centre will also help to spread out the non-citizen resident population across the island.

We also have various integration strategies to facilitate harmonious relations between Singaporeans and foreigners, not only in neighbourhoods but also at workplaces, schools, shared public spaces, and through volunteering or community work. The National Integration Council works with community groups, immigrant associations, employers, trade unions, and schools to help foreigners understand our local laws, norms and culture, and encourage interactions with Singaporeans. There are more than 1,400 Integration and Naturalisation Champions under the People’s Association reaching out to new immigrants in the neighbourhood to help them settle into the community. Residents can also do their part to reach out to their new neighbours and help them settle in.”

Aside from revealing which estates had higher non-citizen residents in private residential estates, the Minister also answered a parliamentary question on resale levy for Executive Condominiums. He was responding to a parliamentary question asking: “for a person who has bought a subsidised flat directly from HDB and sold it before 19 May 1997 and presently intends to purchase an executive condominium (EC), what is the rationale for imposing on this person a requirement that he pays a resale levy based on 20% of the purchase of price of the EC.”

“While Executive Condominiums (ECs) are built by private developers, they are sold with initial eligibility and ownership restrictions. These restrictions include an income ceiling and a minimum occupation period, similar to those applicable to HDB flats. Taking these into account, developers put in lower bids for government land sales for EC sites. This reduces the land costs and thus the selling prices of EC projects, compared to private condominiums of similar size and location.

Since second-timer EC buyers benefit from this subsidised price, they are subject to a resale levy like second-timers who buy a new flat from HDB. This reduces the subsidy that second-timers receive compared to first-timers, thus ensuring a fairer distribution of housing subsidies.

In answering another parliamentary question: “what is the number of HDB flats that have been allowed to be sold before meeting the Minimum Occupation Period and what are the reasons for the exception being made,” Mr Wong said:

“In the last two years, HDB has given approval to about 2,400 households to sell their flats before they had fulfilled the Minimum Occupation Period (MOP). The reasons for such exceptions include financial hardship, divorce or the demise of the owner. Approvals are given on a case-by-case basis, after HDB has assessed the specific circumstances of the flat owners and their families.”

Mr Wong said that his Ministry is unable to extend additional ballot chances to families who apply to live with or near parents. He was responding to a question asking, “for those who wish to purchase a HDB flat and live near their parents in mature estates, whether HDB will review and consider granting additional ballot chances to these applicants for each failed attempt in securing their flats from Built-To-Order (BTO) / Sale of Balance Flats (SBF) / Re-offer of Balance Flats (ROF) exercises.”

Besides new flats, families who wish to live with or near their parents may also buy a resale flat and qualify for the Proximity Housing Grant of up to $30,000.” 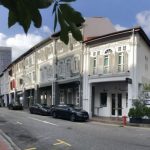 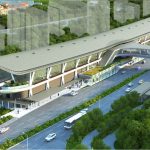