Moreover, according to Colliers International Singapore, mortgagee sales were up to 213 for the first six months of 2019. In all of 2018, there were only 258 such cases in total, while five years ago, the number of mortgagee sales was only at 123 cases, although data from Colliers includes homes that have been re-listed.

Experts are saying that the number of mortgagee sales could be a sign that the economy is stagnant. The SCMP quotes Chua Hak Bin, an economist with Maybank, as saying, “Bankruptcies are also rising, in line with the mortgagee sales, as the economy grinds to a standstill.”

Additionally, houses offered in auctions are not moving quickly, with numbers of houses sold declining from 6.4 percent in the first quarter of 2018, to 1.4 percent in the same time frame this year, according to Knight Frank, a real-estate consultancy.

Director of research and consultancy at Suntec Real Estate Consultants Colin Tan calls the mortgage defaults are “a slow death,” and points our that foreclosure on properties is usually a bank’s last resort, as most financial institutions choose to restructure loans or give clients leeway in paying only interest for a short time period.

Mr Tan said,“If you can pay the interest, you’re not in default. But these people can’t even service the interest. It’s a reflection that the economy is not so good that you’re seeing more and more defaults.”

According to industry experts, the rise in number of mortgage defaulters can be attributed to higher unemployment, a slower economy, a smaller number of buyers, as well as a shortage of tenants for properties bought by investors.

For this year, the sector that saw the highest number of retrenchments are the professionals, managers, executives and technicians (PMETs), who make up over three quarters of those retrenched in the second quarter of the year.

However, in spite of signs of a declining economy, there seems to be continued growth in the number of private homes being constructed, with 24,000 vacant units and another 44,000 planned to be built.

While the first half of the year’s GLS programme had 2,025 units of private homes from confirmed list sites, for the second half there were only 1,715 units, which is a reduction of 15 percent. To address the problem of mortgage defaults, the Credit Bureau urged would-be homeowners to plan their finances well.

A spokesperson from the Bureau said, “Singapore is a country that is constantly growing, and so is her population. Therefore, housing is constantly in demand and on the rise, which means that more and more people will take real-estate loans.

We strongly advise all consumers to plan their finances in advance, in order to prevent defaulting on their repayments to lenders later on.”

CBS said earlier in January that seven months after the Monetary Authority of Singapore (MAS) announced the latest housing curbs on property purchases, buyers are taking up lesser mortgage loans. The CBS study follows the recent guidelines by MAS in July last year, with the raise in Additional Buyer’s Stamp Duty (ABSD) rates and tightening of Loan-To-Value (LTV) limits on residential property purchases.

As the leader in managing consumer credit information, CBS also seeks to enlighten, empower and engage consumers to manage and protect their financial health. CBS maintains data accuracy and integrity by using advanced technology to update millions of consumer information.

Throughout its operations, CBS observes a strict Code of Conduct that its members comply with. This ensures the highest moral and ethical standards in data handling in all business activities. Established in 2002, it is a joint venture between The Association of Banks in Singapore (ABS) and Infocredit Holdings Pte Ltd. 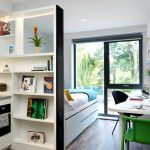 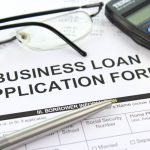