Research shows that 45% of Singaporeans feel unwise to refinance within lock-in period, and one of the top reasons people put off mortgage refinancing during the lock-in period is because they think they cannot save money if they do so.

Among the top reasons Singaporeans put off mortgage refinancing is because they think the process is tough and not worth the effort.

If you put off mortgage refinancing during the lock-in period because you think it is tedious, you may not be making right decisions

Paul Ho, chief officer at iCompareLoan, said: “Yes, generally speaking, consumers should not refinance during their lock-in period because the penalties may be quite high. But there are always exceptional circumstances where refinancing during lock-in periods or incurring break costs may still make sense.

“If the home owner feels that he may be eligible for a smaller home loan payment, he should speak to a trusted home loan advisor who will tailor a a cost-benefit analysis to determine if their long-term savings outweigh the costs incurred to their current loan.”

Commercial banks’ interest rates have reached historical highs due to the due to the Fed interest rate hikes, serving as a good checkpoint for homeowners to review their current financial commitments, including home loans, and ensure long-term household economic health. But these high rates may go higher.

“This is the opportune time for home owners to re-evaluate their finances to ensure that their mortgage payments are serving their needs in an optimal manner,” added Mr Ho.

Everyone’s situation is different, and so is each home. Singaporeans should take a strategic and holistic approach to mortgage refinancing by considering other key factors such as their current financial situation, employment outlook, personal cash flow, and even life plans.

Speaking to good mortgage brokers is also important for Singaporeans to avoid home loan refinancing misconceptions and act on the benefits of refinancing their home loans, thus saving money in the long run.

Getting a home loan is often associated with uncertainty and inefficiency, as well as reams of paperwork, industry jargon, and tricky fine print; which why consumers should talk to a trusted mortgage advisor and their services are free. Many of them are easy to work with and provide independent, personalised services for consumers’ better long-term financial benefits.

Those that want to refinance put off mortgage refinancing for different reasons. If you have been shopping around for best home loans you may have noticed that different banks offer different rates and that even these may greatly vary at different points in time. The one big reason why this is so is because mortgages are complicated business and in this industry, there is no such thing a ‘one-size-fits-all’ approach.”

From local and foreign banks, to financial institutions, and credit cooperatives, there are many players in the mortgage business. These players have different amounts of funds at their disposal at different points in time, and based on supply and demand, these lenders offer different rates and repayment schemes.

The better known names of these lenders may offer higher rates in exchange for their perceived trust and familiarity of their brand. While smaller players may offer near-rock-bottom rates just to stay in contention with the ‘big boys’. Whatever it may be, there is big competition among the mortgagees and this is good news for the mortgagor.

SIBOR and SOR are open to public scrutiny as they are determined by the interactions between multiple banks. These rates are therefore quite popular among home buyers as they offer transparency and security for the mortgagors.

More recently SORA-pegged home loans have become more attractive. One survey by a bank showed that consumers and corporates in Singapore like the stability of Singapore Overnight Rate Average (SORA)-based interest rates, with more than six in 10 respondents saying they are open to choosing SORA-pegged products.

SORA is an interest rate benchmark based on the average rate of unsecured overnight interbank Singapore dollar transactions brokered in Singapore.

Respondents to the bank’s survey said the certainty, transparency and stability of the reference rate of their loan were the key considerations when choosing a loan package. The survey also found that more than half of the respondents said they would consider choosing a SORA-pegged loan. However, as consumers are still familiarising themselves with SORA-pegged products, seven in 10 (70 per cent) said they would only apply for one within six to 12 months of the product becoming available

There are some inherent risks in FHR as the mortgagee can unilaterally exercise control over the interest rates, thereby increasing costs for the borrowers. But financial institutions are often not very inclined to raise such rates because by doing so they increase costs to themselves.

Floating rates which are usually offered with a ‘lock-in’ period may charge lower interest at the outset, will fluctuate on a daily basis as the SIBOR or SOR rates move up or down. As such, floating rates could rise above the fixed rates or could drop even lower.

Some people are put off from mortgage refinancing because it is not uniform. Be mindful that not everybody qualifies for the same mortgage rates. That’s because lenders use different tools and models for assessing risk, and for pricing loans based on the perceived risk the borrower brings. The interest rates your mortgagee offers you are partly determined by your credit score, your debt to income ratio, and the amount of money you were planning to put down on the loan. These are some of the strongest factors that influence rates (though they’re not the only ones).

The bottom-line is, different mortgage rates for different borrowers is good news for the mortgagor. But you have to be diligent in comparing the different home loans to see which fits you best and gives you better savings in mortgage payments over the long-run. 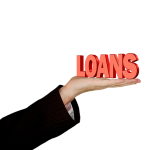 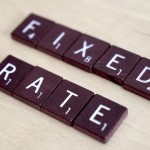