The Nassim Road conservation GCB has a massive land plot of 58,784 square feet and it offers flexibility to be redeveloped into three Good Class Bungalows

The total land of approximately 58,784 square feet is a composite of three adjoining plots with areas of 14,867 square feet, 15,779 square feet and 28,138 square feet – which gives the buyer the flexibility to redevelop the land to accommodate three GCBs.

With a total floor area of approximately 13,839 square feet, the two-storey Nassim Road conservation GCB features an entrance hall, a spacious living room, a dining room, four en-suite bedrooms, an internal landscaped courtyard with a pond and a helper’s room.

The Nassim Road conservation GCB also boasts of a lush and manicured garden, as well as a large car porch and garage that can comfortably accommodate seven cars.

40 Nassim Road is located in the most prestigious GCB enclaves, out of the 39 gazetted GCBAs in Singapore, where many mansions are occupied by Embassies, High Commissions, business tycoons and ultra-high net worth families.

Ms Angela Lim, Senior Manager of Capital Markets, CBRE said, “Given its ultra-prime location and superior physical attributes, we are expecting this trophy asset to attract offers in excess of S$175 million. Investors are well cognizant of the premium that Nassim Road commands in the GCB market in Singapore. In fact, the GCBs at Nassim Road continue to set new benchmarks, evidenced by the two recent GCB transactions in the immediate vicinity.”

Ms Lim continued, “This is an exceptional opportunity to acquire a massive GCB land plot within the esteemed Nassim Road area, as such ownerships are typically tightly held. Due to its scarcity and exclusivity, GCBs in Singapore have always been a unique asset class that is consistently well sought after by ultra-high net worth individuals and prominent families who are always on the lookout for wealth preservation. This asset class has also proven to be resilient through market cycles and hence, we anticipate keen interest from both owner occupiers and investors.”

The Nassim Road conservation GCB is a short five-minute walk from the Botanic Gardens, a UNESCO world heritage site. It is also conveniently located just off the main shopping strip of Orchard Road, where F&B options, amenities, malls and entertainment activities are plentiful, while the CBD is a 10 minutes’ drive away.

The public tender for the Nassim Road conservation GCB will close on 14 November 2019 at 3.00pm.

More recently, a GCB plot in the prestigious Nassim Road area was bought by SG Casa Pte Ltd for a record $230 million. The price for the sprawling land of 84,543 sq ft land works out to be S$2,721 psf. The plot of lands comes with a two-storey bungalow, a tennis court and swimming pool. The site has a road frontage that is nearly 100m, and can be redeveloped into four or five bungalows. 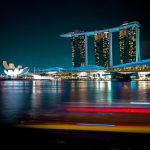 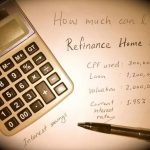