Launch of new private homes picked up significantly in 2Q18 with 2,437 units placed on the market by developers, 164.6% higher than in 1Q18 and 21.2% higher y-o-y, said JLL. The leading rea estate services company noted that rising prices and a more buoyant market led developers to increase the launches during the second quarter.

“Launch figures for 3Q18 could remain healthy as Riverfront Residences, Park Colonial and Stirling Residences have initiated their launches in July and other projects are also gearing up for launch including Daintree Residences and The Tre Ver,” said Mr Ong Teck Hui, JLL’s National Director of Research & Consultancy

“Nevertheless, it reflects healthy demand which is supply led,” said Mr Ong. Adding: “More units could have been sold if there had been more launches during the quarter.”

As buying opportunities in the primary market were not picking up fast enough, many buyers resorted to the secondary market, pushing up its transaction volume, said JLL. Sales volume in the secondary market could ease, due to a mismatch in price expectations between sellers and buyers, as the latter become more hesitant after the recent cooling measures, the real estate services company added.

The URA private residential property price index rose 3.4% in 2Q18, unchanged from the earlier flash estimate, indicative of an even momentum in price increase. The price index for non-landed homes in Core Central Region (CCR) rose 0.9%, lower than the 1.4% recorded during the flash estimate and significantly less than the 5.5% increase in 1Q18.

“This could be indicative of some price resistance as CCR prices surged strongly in 1Q18. For example, the median prices of new private homes sales in CCR jumped 18.1% during that quarter, which could constrain subsequent increases as buyers adjust to much higher pricing levels,” said Mr Ong.

The non-landed price index for Rest of the Central Region (RCR) rose 5.6% in 2Q18, quite similar to the flash estimate of 5.7%. Price increases in RCR seems to be catching up after a gentle rise of 1.2% in 1Q18. The non-landed price index for Outside Central Region (OCR) registered a 3.0% increase, a touch higher than the 2.9% flash estimate and slower than the 5.6% increase in 1Q18.

In the landed segment, an increase of 4.1% in its price index was recorded, higher than the 3.8% during flash estimate and the 1.9% rise in 1Q18. Demand for landed homes has picked up strongly since the residential market turned around in mid-2017. The number of landed homes sold in the year from mid-2017 to mid-2018 rose by 59% compared to the preceding one year, based on URA Realis data.

Price increases of new private homes are expected to moderate in the coming quarters due to the effect of the cooling measures imposed earlier in July.

The lower vacancy rate augurs well for the rental market as reflected by the 1% rise in the overall rental index. It is noted that the indices for non-landed homes in CCR, RCR, OCR as well as for landed homes have all turned positive, the first time since 2Q13.

This suggests that the recovery in the residential rental market is likely to be on a firm footing. The trend of low net new private homes supply is expected to continue, aided by collective sales units being withdrawn from the market, which will help to keep vacancy rates healthy and support further increases in rents.

Ms Tay Huey Ying, JLL’s Head of Research and Consultancy in Singapore, commented on the office and retail sector and said:

Confidence is riding high in Singapore’s office property market, spurring investors to snap up office assets at aggressive pricing in 2Q18. This has resulted in a quarter of accelerated growth in capital values, as evidenced by the 1.9% q-o-q rise in the URA’s price index for offices in the Central Region compared to the 1.3% q-o-q growth recorded for 1Q18.

Besides the two en-bloc deals involving MYP Plaza and Twenty Anson which were transacted at almost SGD 3,000 per sq ft and SGD 2,503 per sq ft of net lettable area, respectively, record unit prices were set in at least three strata-titled office buildings in the CBD in 2Q18.

Investors’ optimism has been underpinned by the strong market fundamentals of steady demand and limited new supply which should support the continued growth in office rents into the medium term. Occupiers across a broad range of industries have been active in seeking space for expansion as they scale up on the back of the robust economic growth.

JLL foresees that CBD Grade A office monthly gross rents, which have climbed by more than 15% from the bottom of SGD8.41 per sq ft in 1Q17 to SGD9.71 per sq ft by the end of 2Q18, have room for further growth of at least 10% over the next 12 months. Rental growth could surprise on the upside if tightening supply is exacerbated by the withdrawals of aging stock for retrofitting and/or redevelopment.

Thinning opportunities for relocation/expansion in the CBD, coupled with the continued uptick in rents, could spur some occupiers to consider relocating out of the CBD. This will help in Singapore’s drive to bring work closer to home.

1Q18’s uptick in retail rents and price indices was short-lived and could not be sustained into 2Q18. All indices reversed gear and contracted in 2Q18, according to URA’s data. This underscores a market that remains mired with challenges, including technological disruption and rising operational costs.

Changing tenant profile and their location preference arising from the shift in consumers’ shopping habits is also a contributing factor to the continued softening of rents. For example, traditional fashion retailers are increasingly being supplanted by retailers of lifestyle and entertainment products and services such as gyms, even on prime spaces. These tenants generally take up large spaces and look for low rents.

Notwithstanding the steadier consumer sentiment amid healthier economic and employment environment, the growing online/omni-channel shopping culture is expected to see retailers approaching expansion with caution. Until consumers have a compelling reason to return to physical brick-and-mortar retail shopping, mall rents are likely to stay competitive especially in light of the large pipeline supply.”

If you are concerned about how the new property cooling measures will affect you, our Panel of Property agents and the mortgage consultants at icompareloan.com can advise you. The services of our mortgage loan experts are free. Our analysis will give industrial property loan seekers better ease of mind on interest rate volatility and repayments. 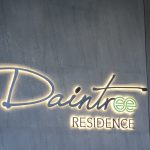 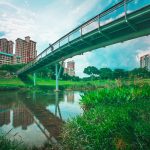