Northeastern Singapore is unaffected by the air pollution in Pasir Gudang, Johor. The Minister for Environment and Water Resources, Masagos Zulkifli, reassured his colleagues in Parliament today (8 Jul).

The Minister was responding to a parliamentary question by Workers’ Party chief Pritam Singh who asked if northeastern Singapore, consisting of Sengkang, Punggol, Pasir Ris and Pulau Ubin, was vulnerable to the pollution in Johor – particularly in during the monsoon season.

In replying to Mr Singh, Mr Masagos said that the air and water quality in northeastern Singapore “were comparable to the rest of Singapore”, including during the northeast monsoon period.

In responding to the questions of Mr Singh and other MPs, the Minister said that northeastern Singapore was “well within safe limits.”

“The National Environment Agency (NEA) monitors and reports the air quality in Singapore through a network of five national air quality monitoring stations across the island. These stations are representative of the ambient air quality of the North, South, East, West and Central regions. Criteria pollutants, namely, sulphur dioxide, nitrogen dioxide, carbon monoxide, ozone, and particulate matter (both PM2.5 and PM10), are continuously monitored and reported on an hourly basis as the Pollutant Standards Index, or PSI. In addition, NEA monitors the coastal water quality continuously through buoy-based monitoring sensors deployed in eight locations around Singapore, including the Straits of Johor. This is supplemented by monthly collection samples from 48 sampling points around Singapore.

From 2008 to 2018, the air and water quality in the northeast region were comparable to the rest of Singapore, including during the northeast monsoon season.

The air and water quality in Singapore have not been affected by the recent pollution incidents in Pasir Gudang. The ambient levels of Volatile Organic Compounds  – VOCs – in the northeast region were also well within safe limits. The Singapore Civil Defence Force (SCDF) also deployed portable standoff chemical gas detectors in the northeast, and did not detect any toxic chemicals in the air.

NEA and SCDF are in contact with Malaysia’s Department of Environment, orDOE and Fire and Rescue Department (BOMBA) on this latest incident, and will continue to monitor the situation and provide updates if there are significant developments.

Our agencies have put in place precautionary measures to guard against any potential pollution impacts arising from chemical incidents, including those from transboundary sources. NEA’s existing air monitoring stations in the northeast region are able to measure the ambient concentration of a variety of VOCs including benzene, toluene, and xylene in the parts per billion range. These capabilities and with the support of SCDF’s portable detectors should allow us to detect a transboundary plume and to alert our population accordingly.”

In March, thousands of students, staff and residents in Malaysia were taken ill from air pollution after chemical waste was illegally dumped into the Kim Kim river in Johor. The air pollution was so severe that the Sultan of Johor said that the industries which caused the air pollution “endangered not just the people of Johor but also Singaporeans.”

In August 2018, HDB applicants oversubscribed to the Built-To-Order (BTO) project in northeastern Singapore.

With Punggol Point Cove and Punggol Point Woods BTO projects being about 2.5 to 3km from Pasir Gudang factories closest to the Malaysian shore, and with the Feb 2017 BTO projects such as Northshore Cove being situated even nearer to Pasir Gudang’s petrochemical plants, the Minister’s assurance about pollution levels in northeastern Singapore will be welcomed.

Accounts of a strange smell in the air and charcoal-black particles floating in the air in northeastern Singapore have been openly recounted for several years now. Residents have complained of a pungent, chemical-like odor that smells like burning plastic or petroleum and so much charcoal particles accumulating on their floors that they are forced to clean their floors more frequently than usual.

In 2007 for example, one letter writer to Today newspaper said, “ensuring clean air should be part of punggol plans”.

In Sep 2017, it was reported that the air pollution in the northeastern Singapore was so strong that some residents reported that they had difficulty breathing. The Singapore Civil Defence Force also investigated the incident then and said that no toxic industrial chemicals were detected in the air.

One Facebook user said in March this year, “Air Pollution in Punggol every night is causing my asthma to come back! 😷 Windows all closed still can smell..😤 I really thought I was going to die☠️ in bed 🛌 last night when I got my asthma attack..”

Do you want to buy a private residential property but are unsure of securing funds? Don’t worry because iCompareLoan mortgage brokers can set you up on a path that can get you a commercial loan in a quick and seamless manner.

Alternatively you can read more about the Best Home Loans in Singapore before deciding on your next purchase.  Our brokers have close links with the best lenders in town and can help you compare Singapore’s best commercial loans and settle for a loan package that best suits your commercial purchase needs.

You may contact us today for advice on a new home  or refinancing advice, or for Personal Finance advice.

You may also speak to our Panel of Property agents. 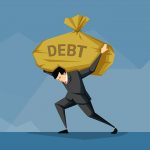 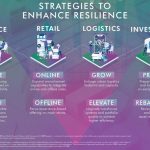