OCBC Home loans – one of the best home loans out there in the market place. OCBC OHR stands for OCBC Home Rate. There are some misconceptions that OCBC OHR is based on the 12-year Sibor Average when it was first launched, due to  references as to how OCBC derived the OHR rate being at 1.00% from the 12-year sibor 3-month and 1-month average.

There were also some references that said that there is no intention to raise the rates despite short term hikes in interest rates. However there is also a provision that says that OCBC will maintain the OCBC OHR rate as best as possible. We have also made the wrong assumption that OCBC will base OHR on the 12-year long term overage of the 1-month and 3-month Sibor. “The Bank will only revise OHR if there is a continual change in rates moving up over the long term & loan pricing are such that the Bank cannot support the cost of funding the loan.”

So perhaps it is unreasonable to expect that OCBC will subsidise home owners given that the global interest rates environment has more or less been confirmed to be moving up over the long term and yet expect OCBC not to raise rates.

At the end of the day, consumers need to understand that OCBC OHR is a Bank-managed rate, and not formula-pegged to market interest rate movements.  Should there be a change to OHR, 30 days’ notice will be given and the customer can do a free switch to other packages.

Alternatively you can look at what OCBC is offering. 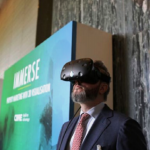 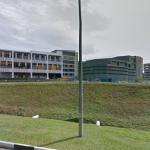