The latest figures from Urban Redevelopment Authority (URA) showed new private home sales picking up in April following bleak numbers in March. In that month, only 535 units (inclusive of executive condominiums (ECs)), changed hands, and of the two projects launched – Ascent@456 and The Santorini – the combined sales figure was a dismal 12.16 per cent, or 76 out of 625 homes released.

By contrast, April moved a total of 793 units. Of these nearly half, or 335 units, were from two property launches in that month. Lakeville and The Sorrento made their debut then. MCL Land, the developer of the 696-unit Lakeville, introduced 230 units into the market and 210 were sold. On the other hand, all the units in The Sorrento were released for sales, and transactions were a brisk 125 homes out of 131.

Median price for Lakeville stood at $1,318 psf and $1,414 psf for The Sorrento. According to JLL national director Ong Teck Hui, the pricing is competitive relative to historical transactions in the area, and this gave a fillip to demand.

Market veterans attributed the recovering sale figures to reasonable pricing by developers of new launches and newly-released units from older launches that are priced at a discount to their initial launch prices.

Using figures from URA monthly new private residence reports, we examine the projects that are sold in April at lower prices to their launch prices.

Excluding the two new launches in April, we only study projects that were launched after the TDSR framework was implemented in June 2012 and / or projects that sold 10 or more units in April.

Table 1a: Projects Sold At A Discount in April 2014 & Their Prices

Table 1b: Projects Sold At A Discount in April 2014

From Table 1a, we note that for the nine projects with at least a five per cent drop in the median price ($ psf) for April from the initial median price at launch, only Sky Habitat at Bishan moved more than 50 per cent of its remaining unsold units. In fact a spectacular 130 units, or 87.8 per cent, were sold after median price ($ psf) dipped by 13.01 per cent.

However, none of the other projects replicated this remarkable sales figures. Even among those with median price($ psf) cuts of close to 10 per cent or more, the number of units that changed hands were not eye-popping.

Grandview Suites’ median price ($ psf) slided by a huge 19.68 per cent, but only four units out of 7 saw takers. This can be attributed to its sleazy location at Geylang.

But even homes in more respectable areas did not experience overwhelming demand after price cuts. Vue 8 Residence at Pasir Ris had a median price ($ psf) dive of 12.25 per cent but sold units were merely five. Similarly, Bartley Ridge with its favourable location at the city fringe and next to the Bartley MRT Station, only transacted 10 units from a pool of 74 units, despite a wide 9.65 per cent median price ($ psf) drop.

The stellar results for Sky Habitat then can be due to its highly popular location in Bishan, and the marketing for its re-launch, along with its revamped showflat.

This suggests that booming sales is not a foregone conclusion even with attractive price slashes – attesting to the highly cautious mood among buyers in this tightly regulated property market.

Separately, we look at some projects which median prices ($ psf) in April had rose from their initial launches. And yes, there are buyers notwithstanding, though few in numbers.

Prime homes will invariably find buyers even with premium prices in a weak market.

Dear readers, if you are less well-heeled, it will be wise to speak to an iCompareLoan mortgage expert to help compare home mortgages Singapore before you buy a new abode, and you will yourself saving at least a few thousand dollars in interest costs. 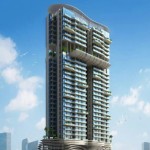