Lakeside apartment, another development within the red-hot Jurong Lake District area, has joined the en-bloc frenzy. SLP International, the marketing agent for the collective sale said that the reserve price is set at $240 million and that more than 80 per cent of the owners have consented to the sale.

Lakeside Apartment is among the few properties within the red-hot Jurong Lake District area to join the en-bloc frenzy in recent months. In late April, Huttons Asia announced that Lakeside Towers (which is just 150 metres away from Lakeside Apartment) was up for collective sale with a price tag of $30.5 million.

Lakeside Apartment sits on 134,176 sq ft site and offers an excellent redevelopment opportunity for developers, as it is strategically located within the red hot Jurong Lake District, which ha been identified as Singapore’s second Central Business District. The site is also located near several malls such as IMM and Jem, Lakeside Towers is also close to Nanyang Technological University and River Valley High School.

Lakeside Towers on the other hand, sits on a 153,237 sq ft site and is zoned residential under the 2014 Master Plan with an allowable gross plot ratio of 2.1. Marketing agent Huttons Asia said the 99-year leasehold site could yield about 321,797 sq ft of gross floor area once redeveloped. The tender for Lakeside Towers closed on 28 May and the result of the tender is unclear,

Lakeside apartment is similarly zoned like Lakeside Towers and it comprises two tower blocks of 15 storeys, with 58 years left on its 99-year lease.

If the collective sale is successfully concluded, the owners of the red-hot Jurong Lake District property stand to pocket at least $2 million each.

Developers however have to be mindful that they will have to pay an enhancement premium of $55.56 million for both the lease top-up and the intensification of land use from the current baseline of 24,721 sq m, or an equivalent gross plot ratio of 1.98.

According to Mr Nicholas Mak the executive director of ZACD Group (the parent company of SLP International), the land of Lakeside Apartments was previously managed by JTC but has since been handed over to strata title unit owners.

The blueprint for the Jurong Lake District was first unveiled by the Government in the 2008 Master Plan when the space was earmarked as a new growth area.

There is now some 160 hectares of land within the red-hot Jurong Lake District area that is yet to be developed within the 360-hectare district.

More than 40 per cent of the mixed-use business area is set aside for residential purposes. Developments for the area are centered around the Jurong East MRT station. With established businesses around the MRT station – like the International business park, IMM (a major shopping mall), along with other new shopping malls, a hospital, educational hubs, high rise offices and residential units – Jurong Lake District is looking very credible as a regional centre even without the HSR project.

According to the URA’s Masterplan, most of the developments will be centered around Jurong Gateway for a start. Jurong Gateway is also most likely to be the  crown jewel in the Jurong Lake District vicinity. With a catchment consumer base of Jurong East HDB dwellers and the Lakeside village (a designated dining place) the Jurong Lake District is likely to be developed fast and find success quickly.

Jurong Gateway project which includes developments along Yuan Ching Road are yet to be developed, but once this area develops with waterfront hotels, it would revitalize the area and possibly lead the Jurong Lake District to become a reality much sooner – in 5 – 7 years time. Some HDB flats around Ho Ching road area in the Jurong Lake District are built in 1972 and are ripe for selective en-bloc redevelopment, at 42 years old.

Besides, the stakeholders in the red-hot Jurong Lake District area are also expected to get a boost from the announcement of the seventh MRT line – the Jurong Region Line.

The new line will serve the Jurong area and the western part of Singapore and is expected to lift the fortunes of not just the properties in the Jurong Lake District area, but also the real estate in Boon Lay and Choa Chu Kang.

The Jurong Region Line will be 24km long with 24 stations, and will run above-ground. It will open in three phases, starting from 2026. The Jurong Region Line will give commuters route choices especially for stakeholders in the Jurong Gatewayproject . For example, the two interchange stations at Choa Chu Kang and Boon Lay will connect the North-South Line (NSL) and East-West Line (EWL), giving commuters alternative travel routes.

So what’s driving the interest in the red-hot Jurong Lake District area is the successful transformation resulting from the Jurong Gateway initiative. Furthermore, the Malaysian Government has also recently confirmed that the High-Speed Rail project between Kuala Lumpur and Singapore is not permanently scrapped – but only postponed. The HSR project, when it takes off, will only be a nice bonus to the buyers of property in that area.

The tender for Lakeside Apartments will close on July 24.

If you are a home hunting for a property n the red-hot Jurong Lake District area, our Panel of Property agents and the mortgage consultants at icompareloan.com can help you now.

Our affordability assessment and best home loans will put your heat at ease and the services of our mortgage loan experts are free. Our analysis will give best home loan seekers better ease of mind on interest rate volatility and repayments. 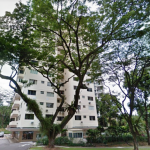 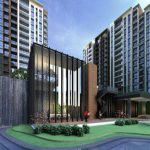