Owners’ reserve price of $23.8 million for The Stradia translates to a land rate of $1,060 per square foot per plot ratio (psf ppr), inclusive of the development charge

PropNex recently announced that freehold development The Stradia, at 78 Yio Chu Kang Road, will be put up for collective sale for $23.8 million via public tender on 6 May 2021.

The owners’ reserve price of $23.8 million for The Stradia translates to a land rate of $1,060 per square foot per plot ratio (psf ppr), inclusive of the development charge.

The Stradia which is mixed-use development, currently comprises eight residential units as well as three shops – a childcare centre, a café, and an employment agency – that are located on the ground floor.

Under the Urban Redevelopment Authority’s Master Plan 2019, the site of The Stradia which is zoned Commercial and Residential – with a plot ratio of 3.0 – has a land area of 765.7 sqm (approximately 8,242 sq ft). It has a potential total gross floor area (GFA) of 2,297.1 sqm (approximately 24,726 sq ft). In addition, the successful tenderer can make an application to the Singapore Land Authority (SLA) to acquire and amalgamate an adjoining 180.3 sqm (approximately 1,941 sq ft) remnant state land – this would increase the total GFA to 2,838 sqm (approximately 30,548 sq ft), subject to the SLA’s approval.

Tracy Goh, Head of Investment and Collective Sales at PropNex, said, “We expect the tender to garner interest from both developers, as well as businesses seeking to redevelop the site for commercial use – such as a supermarket, a nursing home, a kindergarten or school, or an animal hospital – subject to change of use approvals from the authorities. The site’s prominent 38-metre frontage on Yio Chu Kang Road, the potential to convert it to a commercial building with naming rights, and ample parking space nearby also make this plot attractive to businesses.”

As this is a mixed-use site, The Stradia will offer the successful buyer the flexibility to decide on the amount of GFA that will be allocated for commercial and residential use.

Ms Goh added, “For developers, they also have various options on this site. For instance, the successful buyer can build a mixed development offering residential apartments and commercial units, which could be sold or retained by the developer and leased to businesses to generate a steady rental income. Meanwhile, owner occupiers will likely be keen on the residential units which will be supported by the commercial shops within the development itself as well as eateries around the site.”

Mr Paul Ho, chief mortgage officer at iCompareLoan, said that “although the Covid-19 circuit breaker makes en bloc sales that much tougher, the site of The Stradia is in a good location and is hard to come by.”

As the collective sale fever tries to make a come back, some smaller en bloc projects are getting better results and successes. Ten years ago, when the collective sale scene was more active a number of en bloc sales were called off because the developers were weak and could not raise sufficient capital and loans to complete the transactions. This proved disappointing for some subsidiary proprietors (SP) as they had  committed to purchasing their next homes before the en bloc sales were aborted.

What happened then is unlikely to be repeated this time around as most developers have built up a huge war chest of capital over the past few years. But still, SP and strata apartment unit owners should get involved and understand the deal that is being put together.

As an SP, you should always keep track of all the milestones leading to the conclusion of your en bloc sales-  milestones like when your Sales Committee (SC) was formed, Extra-Ordinary General Meetings, Updates from SC, etc. Most importantly don’t rely on any knowledge or information you may have gleaned from your en bloc experience in the past.

The en bloc regulations have been more firmly tightened, and the process strictly regulated in the past few years.  The tighter laws we now have means the responsibilities of the SC, the property consultants, and the lawyers, are all well defined, which provides for better transparency of the en bloc processes.

Timeline and Milestones of an En Bloc Sales Process

In order to understand how and whether to go into an En Bloc sales and sign on the Collective Sales Agreement (CSA), you will need to know how long it will take you to complete the En Bloc sales in case it is successful. 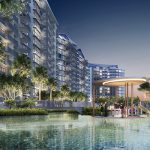 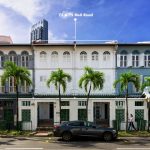