REITS and high business cost are intricately linked, this is real. Just ask the many retail shop operators or food court stalls owners who suffer under one of the few major REITs operator, they will tell you. REITs are pushing the cost of shopper experience to the shop operators and mandating renovation to their specifications at the shop operator’s cost. REITs not only charge rentals, they also charge a percentage of sales on the revenue.

It’s no secret that Singapore’s retail scene is dying, and that Orchard Road is showing symptoms of fatigue. Last year, Orchard Road malls saw record-high vacancy rates, at one point hitting 8.8 per cent. Amid all the hoo-ha about ecommerce and poor differentiation (because we all know there are so many ways to make shopping malls different), was a comment about Singapore REITs. While S-REITs have long been a favourite among investors, we may be closing an eye as to whether they’re hurting local businesses:

Are rental rates too high for Singapore’s businesses?

Not long ago in 2014, retail rents in Singapore were the seventh most expensive in Asia. Prices have come down since then, but only in a series of slight dips. Average rent for spaces in the city centre are now around $30 per square foot (per month), and around $35 per square foot on Orchard Road.

Perhaps property buyers may want to consider buying their own commercial or industrial properties instead of renting one. Here is to analyse whether to buy or rent a commercial property. at least they are going to be more in control of the situation and be the landlords themselves. Best perhaps are shophouses.

Think about that for a minute: a typical 500 square foot shop – something big enough to be a boutique or hair salon – could run up a price of $15,000 per month. Along with operating costs like staff, inventory, insurance, and others, this leaves most retail outlets struggling to break even. If you’re not convinced their struggling (despite some parts of Orchard looking like a ghost town), here’s a scary statistic for you: we had 8,680 retail closures last year, up from 4,557 in 2010. That’s a whopping 52.5 per cent increase.

Now not all of that can be attributed to rent of course; ecommerce is gradually murdering brick and mortar businesses. But it does raise the question of whether rental rates can continue being as high as REITs set, given that these stores are already on the verge of closure.

This is not a new situation

As far back as 2014, the Workers Party raised the issue of REITs during a Parliamentary session. It was met with insistence that REITs are not responsible, on the basis that REITs only accounted for 20 per cent of our malls (at the time). The Ministry for Trade and Industry (MTI) also remarked that it found little discrepancy in rental rates, between REIT owned malls and single owner malls.

But that still leaves a big question. Even if the rental rates at single-owner malls are not too far off from REITs, why are rental rates so high in general? REITs may not own the majority of malls in Singapore, but they do own the major malls, which are the trend-setters when it comes to rental rates. And REITs have inclination to push for higher rentals all the time, as they have a bunch of shareholders to answer to.  It’s entirely possible that single-owner malls follow in the wake, matching their rental rates to what the REIT owned malls set.

The irony is that REITs may be killing retail, without intending to

REITs have always seen themselves as being champions of retail, so they get quite defensive when they’re accused of killing it. REITs will point out that they undertake significant marketing spend to promote malls, and launch constant Asset Enhancement Initiatives (AEI). And to their credit, you really can see the difference between a REIT owned mall, and one of the old strata-titled malls.

In a strata-titled mall, for instance, every owner only cares about their own space. It’s hard to round everyone up for mall-wide initiatives, like New Year sales, or even putting up Christmas decorations. Each owner wants to spend for their own shop, not for the “greater good” of the mall. REITs, however, run the mall as a whole; that’s why you can see the difference between, say, Clementi Mall, and some other run-down malls that we don’t want to point fingers at (but you know the type, with only three KTVs and a run down bar).

And REITs, for the most part, have no ill intentions toward their tenants (why would they? It’s how they make their money). But the very way a Singapore REIT is structured might be causing the problem.

REITs retain very little of their profits. They also have shareholders to answer to.

By law, Singapore REITs are required to pay out 90 per cent of their profits as dividends. This leaves REITs with very little retained cash. Those expensive asset enhancements have to be managed on a shoestring budget. If a REIT needs more money, it can either ask its shareholders, or try to raise rent.

The former solution will see shareholders rise up, and possibly bite the REIT manager’s head off if they’re not restrained.

On top of this, shareholders expect dividends. They’re not running a charity. This pressures REITs to push up rents, or maintain them despite an economic downturn (which happened in 2016, as fallout from the oil price slump in previous years). And most REITs would rather leave vacancies than drop rental rates, as once they do so the other tenants will start trying to renegotiate their rent downward as well.

First there’s the unsustainable rent, which we’ve been discussing all along. But second, it kills innovation and differentiation in malls. When rental rates are sky high, few people dare to launch experimental businesses. A “quirky” store that sells home made jewellery or custom bound books may seem cool, and it’s probably just what we need in some of our malls. We know some Singaporeans who are liable to vomit if they see another bloody Watsons or Din Tai Fung. But we don’t get that kind of differentiation, because the risk is too high: tenants only want to move in with tried and trusted business ideas, or are simply expanding chain outlets.

Unfortunately, the lack of differentiation and personality is what also drives people away from malls.

What happens if REITS and high business cost persists?

If this carries on, then in the near future we’ll definitely see a bigger ratio of Food and Beverage (F&B) outlets to retail (at least until too much competition causes new restaurants to stop opening). In the meantime, retail will be reduced to a lot of chain or high-end brands. Most malls will be clones of each other, while more novel or innovative businesses will go online rather than rent spaces.

However, there is a glimmer of hope. There’s a growing trend of online businesses – like Amazon – going the other way and taking their businesses offline. CapitaLand seems to get it, and are looking to manage SingPost’s first ecommerce mall. That could breathe a bit of life back into the retail scene…if rental rates don’t dissuade them from making the move. REITs seriously need to consider dropping those rental rates, and their shareholders should think hard about long term sustainability before complaining.

There are people who may wish to read about Property Buyer Guide – Building under construction they could perhaps buy strata titled shops or offices to run their businesses. As REITs already corner all the good locations with good connectivity, those strata titled ones may not be as good in terms of location or connectivity. 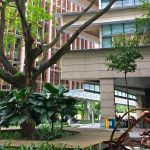 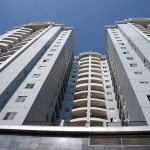