The bank however noted that near-term sentiment for Singapore property market could be marginally impacted with a softer sales volume registered in the first half of 2018 and potential government policy risks. In this Government Land Sales, the government added two new white sites (Marina View and Pasir Ris Central) and one hotel site (Club Street) after the Holland Road and Sengkang Central sites were awarded and launched, releasing a total commercial space of 124,000 sqm (close to double the commercial space in 1st half of 2018) and 930 hotel rooms.

The last hotel site was awarded in 2014. Given the dwindling new supply of hotels and the strong growth seen in visitor arrivals, the bank believes the new hotel site (located in Chinatown) would be able to replenish new supply into the industry as new supply dries out from 2020 onwards.

DBS made sevveral key observations of the Singapore property market from the list:

CBRE, the largest commercial real estate services and investment firm in the world, made similar observations of the Singapore Property market as the bank in its report of 2H18 GLS. CBRE said in its report:

Residential
As expected, there are no major changes in the supply of residential land to the market from the 2H 2018 list as compared to the 1H2018 list. Developers are still able to procure land from the private market and the robust collective sales market over the past 12 to 18 months; this has created a strong pipeline of residential units in the near to the mid-term.
Not surprising, more potential dwelling units are placed on the Reserve List as this allows sites to be triggered as when the market calls.

Commercial
Two Reserve List sites at Peck Seah Street and Woodlands Square have been removed and three new white sites have been introduced instead. As such, more flexibility in the development use can be taken advantage of by the potential developers.

Hotel
In addition to options available from the Marina View white site, a Hotel site along Club Street has been added to the Confirmed List. This is testament to the optimistic tourism arrivals and spending numbers over the past 12 months, as well as healthy RevPAR (revenue per available room) levels.

Pasir Ris Central
A white site adjacent to Pasir Ris MRT station has been introduced on the Confirmed List which may add a new retail and lifestyle facility in the vicinity to complement the existing recreational developments like Downtown East. This Pasir Ris Central site is expected to be launched in August 2018 and is likely to garner healthy interest from developers with strong retail play.

Woodlands Central
The new Woodlands Square site is a new site listed on the Reserve List with better proximity to the MRT station and Causeway Point. This site can reemphasize the focal point of the Woodlands Square vicinity especially with the Johor Bahru – Singapore Rapid Transit System link in place and with the future development of the North Coast Innovation Corridor.

Marina View
This site has been reintroduced to the list after it was taken off in 2H 2015. With an estimated commercial quantum of 2,000 sqm, it remains a plausible reprieve to the office supply in the future even though the focus on this site is more on residential and the provision of a hotel. When completed, it will reinforce the original concept of Work, Live and Play for Marina Bay. While there were no bidders previously when this site was listed, the plans around transport infrastructure as well as the completions of key developments in Marina Bay have now presented a more attractive proposition.”

If you are hunting for a Singapore property, our Panel of Property agents and the mortgage consultants at icompareloan.com can help you with affordability assessment and promotional loans.

The services of our mortgage loan experts are free. Our analysis will give industrial property loan seekers better ease of mind on interest rate volatility and repayments. 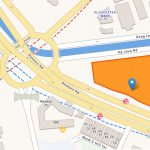 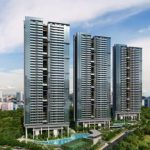