Mr Wong acknowledged that, in recent weeks, there have been several alternative suggestions to Voluntary Early Redevelopment Scheme, including different ways to manage the expiring of HDB leases. He promised to consider all such feedback and ideas, and study them in greater detail.

In Aug last year, Mr Wong said that the Government will transition to VERS once the SERS limit is reached. SERS (or Selective En Bloc Redevelopment Scheme) is an urban redevelopment strategy employed by the Housing and Development Board (HDB) in maintaining and upgrading public housing flats in older estates.

Launched in August 1995, SERS involves a small selection of specific precincts in older estates which undergo demolition and redevelopment to optimise land use, as opposed to upgrading of existing flats via the Main Upgrading and Interim Upgrading Programmes. Mr Wong, the Minister for National Development said that according to HDB’s estimates, only about 5 per cent of flats are suitable for SERS.

He said SERS will continue to run its course until all remaining sites with high development potential have been cleared.

“There are still more to go but we will eventually reach the limit … once we do that, we will transit to a VERS programme.”

“So what about the flats that do not get SERS? Well, HDB has been studying this intensively, and I have good news to share tonight. More households will be able to benefit from redevelopment before their leases expire. Why? Because the Government has good reason to take back more flats, and redevelop them as they grow older, before 99 years are up. Let me explain.

When HDB towns grow older, and the leases in the estates are nearing expiry, we have to redevelop the towns. We want to do this in an orderly way. In the early years, because of the housing shortage, HDB often built in a tremendous rush. Several older estates were built within short periods, especially in the 1970s and 1980s.

Marine Parade between 1974-1976 – within three years. Ang Mo Kio and Bedok, after that, 1975-1981 – within six to seven years. This one is Marine Parade. Therefore, if we do not plan ahead, 99 years later, all the leases in such towns will expire around the same time, and all the flats will be returned to the state within a few years.

We will have to find new homes for a lot of people at once. HDB will have to tear down and rebuild the old flats in a hurry, just like when we first built Marine Parade, Ang Mo Kio and Bedok. I do not think that is a good idea. The towns will become construction sites all over again, with cranes all over the place.

I think we should redevelop our old towns over 20 to 30 years, rather than within four to five years, progressively. That means starting when the oldest flats reach about 70 years old onwards. So some flats, you redevelop when you get to 70 years old, some 75, some and you stretch it out over 20, 30 years and progressively do things in a measured and considered way.

Then, just like with SERS, the estate and the community can be renewed progressively. There will be more new and younger residents moving in and the estate will become more vibrant. Those moving out will have somewhere to go to, and those staying will have rejuvenation to look forward to. This is why it makes sense for the Government to take back flats progressively over several decades, starting from about 70 years onwards, and stage out the redevelopment.

We will need a new scheme for this. Of course, we will compensate the residents whose flats are taken back early. We will also help them get another flat to live in, just like we would if their leases had run out. But the terms will be less generous than SERS, because there will less financial upside. There is social merit in it. There is community merit in it but there is not so much financial upside.

Therefore, the scheme will be voluntary. I will call it VERS – Voluntary Early Redevelopment Scheme. So if you don’t get SERS-ed, you can hope to be VERS-ed. Residents in the precinct will have to vote for VERS, just like for HIP. If the residents vote yes, we will proceed. The Government will buy back the whole precinct, all the flats and redevelop, and residents can use their proceeds to help pay for another flat. If the residents vote no, then they can continue to live in their flats until their leases run out.

This is a long term plan. We will not start doing VERS for another 20 years. We need time to work out how to select the precincts, how to pace the redevelopments out, the specific terms of the Government’s offer and so on. We also need to study how to afford VERS for the long term. But I think such a scheme is necessary, so we will start planning for VERS now.”

Mr Wong said that the Government was seeking more feedback on VERS and that it would finetune the new Government programme accordingly. He added that it would be “unproductive” to play up expectations of homeowners due to the VERS.

“All of us, including the media, (have) to make sure that we don’t play up expectations of the market or … get people all excited and too overly exuberant … thinking that this will help to prop up the resale market,” Mr Wong said.

Adding that stakeholders should also avoid speculating in the market hoping for a “big payout at the end of the day”.

The Government said that it will try its best to manage expectations of Singaporeans on VERS. 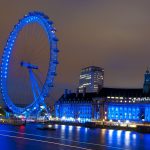