The Minister for National Development responded to a parliamentary question said that three in five BTO applicants who were invited to book a flat in a Built-To-Order (BTO) exercise proceeded to do so. The Minister was responding to a parliamentary question on BTO applicants which asked:

“In determining the number of queue numbers to be issued to BTO flat applicants, what is the multiplier used in relation to the number of BTO flats for sale in the non-mature and mature estates respectively; what has been the take-up rate for these applicants in 2016-2018 as compared to that in 2013-2015; and whether the Ministry will review the BTO application process to allow those who have been given a queue number to drop out sooner so as to expedite the flat selection process.”

In responding to the question on BTO applicants, the Minister said:

“For all flats offered in BTO exercises, HDB shortlists applicants up to 300% of the flat supply.

Shortlisted flat applicants are invited to book a flat in sequence of their balloted queue positions. They may request HDB to cancel their applications at any time. Generally, applicants are more likely to drop out nearer their flat booking appointment, or during the appointment itself, when their preferred flats are no longer available. At that point, it would be too late to advance the appointments of subsequent applicants as we will not be able to give them sufficient notice.

In another parliamentary answer, the Minister said that first-timer BTO flat applicants will not get additional ballot chances confirmed the Minister for National Development in Parliament on Nov 4. He was responding to an MP who asked:

The Minister assured that as a result, in recent years, virtually all first-timer BTO applicants have been successful within their first three tries for a BTO flat in the non-mature estates.

First-timer BTO flat applicants can look out for this month’s BTO launch provides a number of options for Singaporean homeowners in estates like Tengah, Ang Mo Kio and Tampines. Check out what we think of each of these BTO launches in November 2019 BTO.

For Singaporeans, the first home is usually a HDB flat as it is heavily subsidized and offer good returns when it is on the resale market after 5 years. If you are aiming to buy a private property in singapore and would like to understand more, you will probably need to do more research.

Otherwise, here are some things to note when buying a new flat:

Check if you are eligible for the Deferred Down-payment Scheme (DDS), where flat owners aged 55 years and above who right-size to a 2-room flexi or 3-room uncompleted flat may defer the down payment on their new flat until key collection according to HDB. This will ease cash flow issues for the elderly who do not have to worry about making the down-payment for the flat upfront.

Another scheme is the Temporary Loan Scheme (TLS) where flat buyers who are waiting for proceeds from the sale of their flat and do not take a home loan for their new flat can take up this loan.

If you need a flat urgently, go for non-mature towns as you would have a higher chance of success as the number of units offered is higher and you may also be eligible for a grant such as the Special Housing Grant.

Prices of flats in non-mature towns are also generally priced lower. For instance, the selling price (excluding grant) of a 3-room BTO flat in a non mature town starts from $145,000 and from $328,000 for that in a mature town. 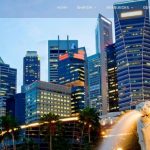 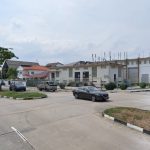