Speaking at the launch of a book co-edited by National University of Singapore academics on Aug 24, Prime Minister Lee Hsien Loong chided commentators who said the 99-year leases on HDB flats are “merely an extended rental”. Mr Lee said: “I find this argument frankly amazing. Many private properties are held on 99-year leases too, and yet nobody argues that they are merely being rented. HDB lessees have all the rights over their flats that owners of such leasehold private properties have. You can live in it, you can transact it, you can bequeath it to you children. In fact HDB owners enjoy extra privileges because HDB flats get upgraded from time to time, with generous government funding.”

In his National Day Rally Speech, the PM explained why HDB flats are on 99-year leases.

He said: “Actually, 99 years is a very long time. Let’s say you buy a new flat from HDB in your early 30s. At the end of 99 years, you will be 130+ years old – and probably would not need this flat anymore. If you have children, they will also be very old, almost as old as the flat itself in their 80s or 90s. And if you have grandchildren, your grandchildren will already be grandparents. So, 99 years is a very long time.”

Adding: “In particular, when you retire, after living in your flat for 30 or 40 years, it will still have a good 60+ years of lease left. That is long enough for it to retain substantial value, and be a good retirement nest egg as you can see with the Ang Mo Kio example I gave you just now. You can continue living in the flat, rent out a room for income if needed, and one day, pass on the flat down to your children. Or you can right-size, sell it and move to a smaller unit. Or you can go for Lease Buyback and return the remaining lease to HDB, then use the money you get back for retirement.”

Mr Lee went on to elaborate that there is one fundamental reason why HDB flats are on 99-year leases:

“…we need to be fair to future generations. Let me explain. HDB sells the flat to you for 99 years. You own it, and you can pass it on for one or two generations. After that, the flat returns to the state, the Government redevelops the land, and builds new flats for future generations. This is the only way to recycle the land and ensure that all our descendants can buy new BTO flats of their own. If instead the Government had sold you the flat on freehold, that means in perpetuity.

Sooner or later we would run out of land to build new flats for future generations. The owners would pass their flats down to some of their descendants, many generations into the future. Those lucky enough to have a flat, they become flat owner. Those not lucky enough to inherit a property would get nothing. So our society would split into property owners and those who cannot afford a property. I think that would be most unequal, and socially divisive. So, that is why 99 year leases are not just for HDB flats. In fact, for private housing also, the Government only sells land on 99 year leases.”

In underlining home ownership as a “key national policy”, Mr Lee today explained why his Government pursued this policy “for many good reasons”. He said that it gives Singaporeans a stake in the country and allows Singaporeans to share the fruits of economic growth, as the value of homes rises when the economy does well. He added that the home ownership policy also gives “nearly every household”, including those from the lower-income group, a substantial asset to their names. “As a result, we have improved lives significantly for all. We have avoided the extremes of privation and poverty often seen in affluent societies,” said Mr Lee.

In saying why the Government did not adopt the housing policies of other countries like Hong Kong and San Francisco, he pointed out that “the experience of other cities shows that the private market will not provide adequately for poor or even middle-income families.”

PM Lee suggested that had his government adopted a rental policy for housing the population, a “very different” mindset would have been created – a mindset of a tenant living “from month to month, rent to rent. He cannot sell the property or leave it to his children. He has no interest in the long-term value of the property.”

A homeowner in contrast, “takes responsibility for his property, thinks long term, and does his best to protect its value”. This can be done directly by ensuring good maintenance and upkeep, as well as indirectly by “upholding the society and system on which the value of his home depends,” he said.

Adding: “That is why HDB sells flats to Singaporeans, and even for low-income households, it prefers to sell a very heavily subsidised flats to them, rather than to offer them a subsidised rental unit.”

Mr Lee did not name any commentators, but International Property Advisor’s chief executive Ku Swee Yong suggested in an op-ed in the Straits Times on Aug 14 that Singaporeans ought to “be honest with ourselves and recognise that we are merely lessees who rent the HDB flats for their terms”, and that the value of the 99-year leases will decay to zero at the end of that period.

Are you concerned about 99-year leases of HDB flats and want to buy a private property, but ensure of funds availability for purchase? Don’t worry because iCompareLoan mortgage broker can set you up on a path that can get you a home loan in a quick and seamless manner. 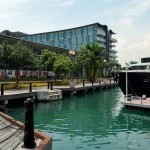 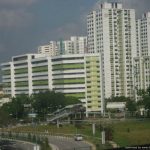