The Ministry of National Development on 31 August, revised the development charge (DC) rates for the period 1 September 2018 to 28 February 2019; the DC rate adjustment is carried out on a half-yearly basis in consultation with the Chief Valuer. DC is a tax that is levied when planning permission is granted to carry out development projects that increase the value of the land.

Commenting on the DC rate adjustment, JLL a leading real estate services company noted that the industrial and hotel/hospital use groups have joined the commercial and non-landed residential use groups in seeing upward adjustments. The DC rates for these four use groups were revised upwards by between 2.1% and 11.8%, in the latest review, while those for the remaining use groups have remained unchanged.

The latest DC rate adjustment aptly reflects a property market that is going from strength to strength, said JLL.

Commenting on the 8.3% rise in the DC rates for the Commercial use group, Ms Tay Huey Ying, Head of JLL’s Research and Consultancy in Singapore, said that the DC rate adjustment is the steepest since rates trended up in September 2016.

“The Chief Valuer had likely taken into consideration the sustained uptick in investor sentiment that has started to broaden from the Grade A CBD office to the wider market, including the strata sales segment,” Ms Tay said.

Adding: ” In 2Q18 alone, based on caveats captured by the Urban Redevelopment Authority’s Real Estate Information System, record unit prices were set in at least three strata-titled office buildings in the CBD.

“Investors’ confidence has been stoked by the favourable office demand and supply dynamics that look poised to support further growth in rents in the near and mid-term. Occupier demand is expected to stay buoyant on the back of steady economic growth while pipeline sharply is tapering sharply.”

Ms Tay said that the Chief Valuer had significantly slowed down the increase in DC rates for non-landed residential use group to 9.8% on average, from 22.8% in the previous review.

This DC rate adjustment, she said, is in line with JLL’s analysis of a dip in the overall average premium of transacted land prices over their implied land values derived from the March 2018 DC rates to 25% for the six months ending August 2018, from 38% in the preceeding six months. This dip has also come on the back of developers’ waning appetite for development land given the substantial replenishment of their land bank following the earlier spate of collective sales.

“It came as no surprise that Sector 43 (Tanglin Road/Cuscaden Road/Orchard Boulevard/Grange Road) and its neighbouring Sector 67 (Dalvey Road/Stevens Road/Anderson Road/Orange Grove Road/Tanglin Road/Napier Road/Cluny Road) saw the sharpest upward adjustment of 33% in this current review. Two plots of land changed hands at record pricing during this review period. The freehold Park House was sold collectively for a record SGD 2,910 per sq ft per plot ratio in June 2018 while the top bid of SGD 2,377 per sq ft per plot ratio received for the 99-year leasehold Government Land Sale (GLS) site at Cuscaden Road in April 2018 was a record for 99-year leasehold non-landed residential GLS site.

“The Chief Valuer could have also taken into consideration the non-remittable 5% ABSD imposed on residential developers from 6 July 2018 in toning down the upward revision in the rates in this round of review.”

JLL noted that for the industrial use group the DC rate adjustment is the first  since the 15.4% hike for the 1 September 2013 to 28 February 2014 period.

“In the latest review, the Chief Valuer has likely taken into consideration recent transactional evidence of industrial development sites, as well as firmer signs that the worst is over for the industrial property market.

“For example, in DC Sector 103 (Braddell/Potong Pasir/Bartley/Upp Aljunied/Woodleigh) where the upward adjustment in the DC rate was one of the steepest at 11%, JLL’s analysis showed that development land were transacted at an average of 72% above their land values imputed from their March 2018 DC rates.

“The Chief Valuer had left the DC rates for Sectors 114 (Tuas/Choa Chu Kang/Kranji) and 115 (Sembawang/Mandai/Woodlands) unchanged, likely in view of the lacklustre interest in IGLS sites in the two DC Sectors. In DC Sector 114, transacted land prices averaged 19% below the land values implied from the March 2018 DC rates.

“In addition, three out of four 1H18 Confirmed List sites from the IGLS programme also failed to secure any bids at the close of tender in 2Q18. These are the 20-year leasehold IGLS Confirmed List sites zoned “Business 2” or B2 for heavier industrial use located at Tuas South Link 3 (Plot 21) and Tuas South Link 3 (Plot 26) in Sector 114, and Woodlands Industrial Park E7/ E8 in Sector 115.”

If you are searching for a landed property, but are ensure of funds availability for purchase, our mortgage consultants at iCompareLoan can set you up on a path that can get you a home loan in a quick and seamless manner. 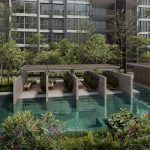 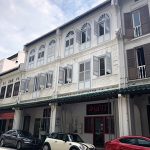