The Urban Redevelopment Authority (URA) on Oct 17 announced measures to deter excessive shoebox units development. URA said that the revised guidelines will deter developers from developing excessive shoebox units and will also help to manage potential strains on local infrastructure and safeguard the liveability of residential estates. Under new guidelines which will come into effect from January 17 next year, several heartland areas — including Marine Parade, Balestier and Loyang — will be subject to more stringent requirements. Ms Goh Chin Chin, Group Director for Development Control at URA, said that the revised guidelines will “encourage developers to provide a more balanced mix of unit sizes to cater to the diverse needs of homebuyers, including large families.”

URA currently sets the maximum permissible number of housing units for a development outside the central area by dividing the development’s proposed building gross floor area by 70 sq m. URA’s guideline had previously been faulted for not prescribing the minimum unit size, but instead proposes that the building gross floor area divided by 70 sq m to compute the maximum number of units allowed per development. URA’s rule is meant to prevent overcrowding in a development, particularly those made up of a large number of shoebox units.

Members of the public have pointed out that URA’s formula “emphasises only the “average” of an aggregate of sizes per development, but fails to mandate 70 sq m as the size for a shoebox unit or to restrict the number of such units allowed,” and that “smart developers can circumvent the formula and maximise profits by designing apartments of various sizes, which will then meet the “average” requirement.”

Since early this year, several members of the public had expressed unhappiness that with excessive shoebox units development, the size of private residential units is getting smaller and smaller.

A letter to the Straits Times early this year said that it is important for the Government to “mandate that 70 sq m be the minimum size of a unit, and that such units should not make up more than 35 per cent of the units in a development.” The letter-writer, Paul Chan Poh Hoi, said “half of the 309 units in the Margaret Ville condominium are around 65 sq m or smaller,” and that in “The Tapestry, over 500 of the 861 units are 65 sq m or smaller.”

Another letter writer to the same newspaper agreed with Paul and said that housing is the biggest advantage Singapore has over Hong Kong. This letter-writer, Kwok So Ha, had lived in Hong Kong for 20 years, in a 42 sq m flat. Kwok said that the tiny flat hardly provided any free space for family members to move around, and that the cramped space made one feel stressed.

Kwok bought a 103 sq m resale HDB flat in Singapore with her husband in 2016 for less than $350,000, and said that she was “terrified at the idea of having shoebox units in Singapore.” She added: “I do not want my children to live in shoebox units or units less than 70 sq m. The trend does not bode well for our city. We should not shrink our living spaces further.”

Hong Kong has been faulted for not protecting the rights of its people to have better options for affordable housing, and has instead protected the interests of profit-driven property developers. Members of the public, like Paul and Kwok, have advocated that excessive shoebox units development benefit no one except property developers, who stand to make more money.

They  asked the Government to step in to ensure that new developments adhere to a certain minimum size. Some analysts have predicted that developers being mindful of price sensitive buyers, may set new trends in space usage and are likely to build smaller units to keep prices within their reach. While others have suggested that developers may build excessive shoebox units in order to keep home prices affordable.

The URA responded to such members of the public and said that it agrees “that shoebox units should not form a disproportionately large portion of Singapore’s housing stock” and that they “are monitoring the trend closely and will adjust the guidelines if needed.”

Under the revised guidelines which will come into effect from January next year, URA will set the maximum permissible number of housing units for a development outside the central area by dividing the development’s proposed building gross floor area by 85 sq m.

URA will also expand the areas which have to comply with the maximum permissible number of housing units for development in certain areas by dividing the development’s proposed building gross floor area by 100 sq m, from the current 4 to 9. The new areas are Marine Parade, Joo Chiat-Mountbatten, Telok Kurau-Jalan Euno, Balestier, Stevens-Chancery, Pasir Panjang, Kovan-How Sun, Shelford and Loyang.

To deter excessive shoebox units development, mixed-use projects will also have to comply with the rules. URA also encouraged developers to vary the sizes of the housing units that they propose in a development to cater to the diverse needs of the market.

“You may not know it, but having ever smaller housing is almost institutionalised in Singapore’s policies on land, and on the Singapore banking and financial sector. Ever smaller housing means rising land prices and that means safer asset values for the banks that lend out home loans and hence greater safety for the value of their secured lending for the Singapore’s banking industry.”

If you are condo buyers and are unsure if you qualify for mortgage loans, our mortgage consultants at iCompareLoan can set you up on a path that can get you a home loan in a quick and seamless manner.

Owning a private apartment is a common aspiration in Singapore. Or a sign that you’re one of the ‘miserable lot’ with a household income of, say, $12,001 a month – then it’s your only option because you can’t buy a HDB flat. Well don’t panic!  Whether you are looking for a new home loan or to refinance your existing one, the Mortgage broker can help you get everything right from calculating mortgage repayment, comparing interest rates all through to securing the best home loans in Singapore. And the good thing is that all our services are free of charge. So it’s all worth it to secure a loan through us. 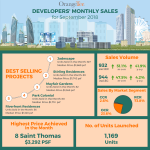 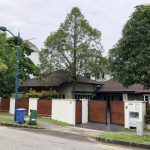