The HDB concessionary loan is supposed to help make housing affordable. Which it totally did at one point…almost a decade ago. But from 2008 to the present, bank loans have been much cheaper. Even now, with interest rates on the rise, the typical bank loan charges about two per cent interest per annum. The HDB loan? Still at 2.6 per cent per annum. Should we use HDB loan versus Bank Loan.

But here’s what you may not know: borrowers who use bank home loans, such as for private properties and Executive Condominiums (ECs), have been paying much less for almost a decade now. Back in 2008/9, when most home loans were pegged to the Singapore Interbank Offered Rate (SIBOR), bank loans could be as low as 1.4 per cent per annum. Even today, when SIBOR rates are practically double what they used to be, interest rates tend to be around two per cent per annum.

*This refers to the interest rate on the CPF Ordinary Account (OA). Note that you get an extra one per cent on the first $20,000 (3.5 per cent) in your OA, after which it drops back to 2.5 per cent. The HDB loan rate is based on the current 2.5 per cent.

How much of a difference does it make though?

Now some people will just wave this away, and point out it’s “just” $74 a month difference. But there are two things we need to consider:

The first is that, if you had used a bank loan much earlier in 2008/9, you could have gotten rates as low as 1.4 to 1.6 per cent for around seven years (the interest rate for private bank loans started to climb most significantly at around 2015/2016). As such, the savings from a private bank loan, for those who used it earlier, are much higher compared to those on HDB loans.

The second consideration: Not all of us are rich enough to laugh off an extra $74 a month ($888 a year, an auspicious number!) The extra $74 a month, if it were untouched and gathering interest at around three per cent per annum*, snowballs to around $33,292 at the end of 25 years. For Singaporeans who are near retirement, this can make a big difference. They can pay off the remainder of their loans, go on Hajj, pay for their grandchild’s diploma, and so on.

*We use three per cent because this is a realistic return for most Singaporeans. Or you could have just transferred the savings to your CPF Special Account (CPF SA), and gotten a guaranteed four per cent per.

We don’t want to be totally unfair to HDB, but maybe there’s a better way to handle interest rates for flats

In HDB’s defence, the HDB loan used to be much cheaper than private bank loans. If you look at the late ’90s, for instance, the interest rate for bank loans was around three to four per cent. And it’s entirely possible that, in the next 10 years, bank loan rates will rise again to match or exceed HDB rates.

But that said, it’s uncomfortable how HDB rates have been allowed to remain more expensive than private bank loans, for almost an entire decade.

Perhaps HDB should consider rebating their customers the some of these interest costs so as to level the playing field and reduce the divide between the RICH and POOR in Singapore.

The person buying an HDB flat shouldn’t be hit by an interest rate higher than the person who can afford a condo or terrace house. Find out from a mortgage broker how you can find the best loan.

I want to buy a property in Singapore, what can I read? 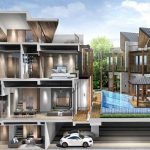 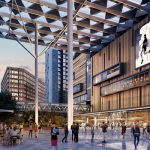