Minister of State Alvin Tan said that although the higher interest rates can affect some homeowners, the proportion of non-performing mortgages has remained low at less than 1% last year.

The Minister of State (MOS) was responding to a question of higher interest rates in Parliament asking if there has been an increasing trend over the past year in the number of financially-distressed home owners and consumers who have sought debt management assistance.

Member of Parliament Saktiandi Supaat who asked the question also queried if the Government intends to introduce measures to afford temporary respite to consumers and businesses who encounter short-term liquidity issues; and (c) what are some foreseeable knock-on impacts.

In responding to the MP, the MOS said the number of financially-distressed consumers who have sought assistance from banks is not high and has been decreasing over the past year.

He added that roader indicators also suggest that the household and corporate debt situation in Singapore remains resilient on the whole.

Industry-wide credit relief measures have been gradually withdrawn, in line with the broadening of the economic recovery and the steady decline in the number of applications for assistance.

The MOS said that measures, introduced in March 2020, were meant to provide short-term relief and support to individuals and SMEs, as stringent public health measures led to temporary cashflow difficulties. Conversely, recent market driven interest rate increases have been accompanied by continuing income growth, which mitigates their impact on the debt servicing ability of most borrowers.

Mr Tan said that the debt relief schemes introduced during the pandemic are not meant to insulate borrowers from the normalisation and higher interest rates.

Mr Tan however acknowledged that a small segment of households, especially those with higher leverages, could be more constrained by higher interest rates. He encouraged them to approach their lenders early to explore possible loan refinancing and repayment solutions.

“More broadly, everyone should exercise caution in their new borrowings,” said Mr Tan.

Households and businesses should plan for higher interest rates, and be sure of their ability to service their loans before making additional long-term financial commitments.

Mr Paul Ho, chief mortgage consultant said, “there may be a short window of refinancing opportunity for homeowners who are trying to avoid higher interest rates to to get the best refinancing rate, but they must grab it when they see it.”

He added, “mortgage consultants can get the best rates for home owners who want to refinance their home loans by comparing across 16 banks and financial institutions – and best of all, our services are free.”

Not shopping around for the best home loan, could be the biggest mistake home owners could make, which would keep them trapped without refinancing or mortgage reprice opportunity.

Do you check prices with several airlines before buying a plane ticket? Do you compare grocery store coupons to see which supermarket has the best offer? If you do all that and do very little to devote a little time to finding the best possible refinancing deal for your home, then you are potentially throwing tens of thousands of dollars in fees and interest over the life of the loan.

There are various reasons for why people make refinancing decision. It is therefore important to carefully research on refinancing versus repricing, and analyse the best option in each specific situation.

While the idea of having an extra lump sum of money is appealing, it is important to consider the options, especially during these rough economic times, it is important to keep in mind Long-term goals and ramifications that would be affected by refinancing.

One report suggested that more than half of property owners are paying too much for their mortgages and many people are locked into mortgages not suitable for their financial situation, in these circumstances, it is easier to the homeowner to make refinancing decision.

In the right circumstance, refinancing could be one of the best financial decisions made by a homeowner. Homeowners have to carefully consider the reasons to refinance, such as locking into a lower interest rate, or having a lower the monthly payment, and taking advantage of lengthening or shortening their home loan. The best home loan is just one step away from you not missing the refinancing opportunity.

During a low-interest Singapore mortgage rates climate, savvy borrowers may prefer to capitalise on low interest payments by taking a market-pegged interest rate variable package. But when these borrowers are (like now) hit by higher interest rates, they may try to change the loan to a fixed rate package for some years so as to be able to lock in lower rates and better manage their cash flow.

Fixed rate packages are usually more expensive, but provide the most stability as rates are kept fixed for up to the first 3 to 5 years of the loan tenure. There is no perpetual fixed rate being offered by banks in Singapore at the current moment. This is where a refinancing guide can be useful to home owners to read-up on remortgage and be knowledgeable about the entire process.

Today, consumers have a wide range of home loan packages to choose from compared to several years ago. Home loans could also be tied up with other programmes which rewards customers with a higher interest rate on their deposits if they transact more with the bank, such as getting a home loan and crediting their salary with the same bank. 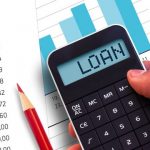 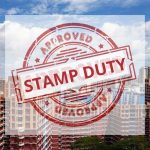