The U.S. and China remain mired in a protracted trade conflict with no resolution in sight, said a report by CBRE. The leading real estate services company’s MarketFlash revisited CBRE’s initial assessment first published several months ago and presented its latest view of the impacts for the China real estate market.

While economic growth in China has performed reasonably well in 2018, the People’s Bank of China (PBoC) announced on October 7 that it would cut the reserve requirement ratio (RRR) for most domestic banks by 100 bps to support domestic liquidity; lower financing costs and stimulate growth, effective October 15.

The measure, which will inject RMB 750 billion (USD 109.2 billion) of cash into the economy, follows a recent pledge by Beijing to speed up plans to invest in infrastructure projects, in what has been viewed as a move to offset the negative impact of U.S. tariffs on Chinese exports.

Other potential initiatives in China’s arsenal include tax cuts for individuals and corporates and monetary easing to support SMEs, said CBRE.

What does the protracted trade conflict mean for real estate?

CBRE maintained its view that the industrial sector is the most exposed to a long and drawn out trade conflict. Although some low-cost labour-intensive manufacturers first began relocating production away from China to cheaper markets several years ago, the trade conflict is serving as a catalyst for more firms to expedite relocation decisions.

CBRE said it also understand that several Asia-based electronics companies are considering relocating some production capacity out of China to reduce operating costs. However, many companies will retain production operations on the mainland to serve markets not engaged in trade conflict with China as the country retains its status as a key centre for value-added manufacturing within the global supply chain.

Authorities hope that the impact of these withdrawals will be somewhat offset by recent measures to relax restrictions on Foreign Direct Investment (FDI). CBRE noted that these have succeeded in attracting the likes of Tesla, which several months ago announced plans to construct a giga factory in Shanghai; and BASF, which is to develop the first wholly foreign-owned chemicals complex in China at a site in Guangdong.

The MarketFlash said modern logistics sector is likely to be relatively unaffected by U.S. tariffs as it remains driven by domestic sales growth. Close to 80% of logistics leasing activity in China in H1 2018 was accounted for by domestic e-commerce and Third-Party Logistics (3PL) firms.

CBRE maintained that it it remains too early to ascertain any impact on office leasing, around 20% of space in China’s Grade A office market is occupied by U.S. and Chinese companies operating in sectors that are subject to tariffs. However, as with the industrial sector, authorities have moved swiftly to offset the negative impact of tariffs by relaxing restrictions on foreign operators. Measures include opening the insurance industry and related businesses to qualified foreign investors and allowing foreign insurance companies the same scope of business as local firms.

The government is also easing restrictions requiring foreign insurers to have a representative office in China for two years before they can set up a company and ending foreign ownership caps for banks and asset management companies.

In the capital markets, U.S. tariffs have had little impact on Chinese buyers purchasing assets abroad, with current restrictions on outbound investment still the main deterrent. Chinese Sovereign Wealth Funds (SWFs) are likely to remain the most active investors in overseas real estate. There may also be some isolated cases of large Chinese firms purchasing assets abroad for self-use.

The domestic investment market remains liquid and local investors are displaying a healthy appetite for new acquisitions, particularly in tier II and III cities. Nevertheless, deleveraging remains a concern, and authorities have repeatedly stressed that any monetary easing will not be targeted at the property sector.

While the increasing level of hedging cost has prompted greater caution among foreign investors in China, there remains considerable interest from such groups in office and logistics assets. Selected overseas buyers are exploring opportunities to form partnerships with local developers for build-to-rent multifamily properties, aided by supportive government policies.

Trade conflict between China and US likely to benefit South-East Asia most?

In addition, CBRE said that it understands that the view among some foreign capital is that 2018-2019 is an optimal time to buy as the market weathers the double impact of the short-term economic fluctuation and domestic deleveraging. An earlier research report by CBRE said China’s Real Estate Market is likely to stave off double threat. The report addressed some critics’ claims that China’s property market is entering choppy waters with its escalating trade conflict with the U.S. and mounting debt among domestic developers, combined with unprecedented deleveraging.

Finally, the report said Southeast Asia retains its status as the geographic location most likely to benefit from a prolonged U.S.-China trade conflict, with Vietnam in particular emerging as the preferred location for manufacturers shifting production away from the mainland. This could also serve as a catalyst to speed up the integration of The Association of Southeast Asian Nations (ASEAN).

How to Secure a Commercial Loan Quickly

Are planning to invest in vibrant Southeast Asian cities’ real estate but unsure of funding? Don’t worry because iCompareLoan mortgage brokers can set you up on a path that can get you a commercial loan in a quick and seamless manner.

Alternatively you can read more about the Best Commercial Loans in Singapore before deciding.  Our brokers have close links with the best lenders in town and can help you compare Singapore commercial loans and settle for a package that best suits your commercial purchase needs.

Whether you are looking for a new commercial loan or refinance, our brokers can help you get everything right from calculating mortgage repayment, comparing interest rates all through to securing the loan. And the good thing is that all their services are free of charge. So it’s all worth it to secure a loan through them.

For advice on a new commercial loan  or Personal Finance advice.

To speak to our Panel of Property agents. 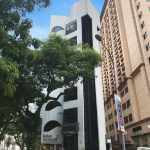 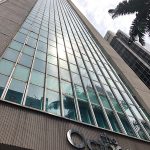