Rates are for illustration only.

For example, before the switch, rates could be: –

After the switch, rates will be: –

Now that DBS and UOB have made the move to peg to a lower tenure Fixed Deposit rate, it is very likely OCBC, Standard Chartered and Maybank will follow suit.

In terms of spread, the banks are making more.

Readers can get familiarise with the basics by reading the history of FHR-9 and FDMR.

Banks may want a higher spread.

Tranche of Funds Used up

The bank can of course tap other internal funding sources to lend out their money. When a bank references their home loan rates to FHR-18 or FDMR-36, it does not necessarily mean that they are tapping into those tranche of funds for lending out. They can simply use these as a reference from which to structure their home loan packages.

For example a bank that has a lot of depositors may give you a Sibor + 0.8% home loan, but they do not need to borrow from the Singapore Interbank market to lend you.

Matching their funding sources (Deposits) with the lending demand

If banks really peg their tranche of funds from these deposits and allocate accordingly, then they are trying to match the home loans to the deposit pool of funds available in these deposits. It is possible that the 18-month Fixed Deposits has been mostly lent out (for DBS) and the 36-month fixed deposits (for UOB) has been mostly lent out. Hence they are tapping into other deposit tenures for funds.

Shorter duration tenure of Fixed Deposits may be more liquid and have bigger tranche of funds. Hence it is possible both DBS and UOB wants to match the supply of funds (Depositors) and demand for funds (home loans) to the respective tranches of 9-month Fixed Deposit and 15-month Fixed Deposit so as to be able to aggressively issue more Home Loans.

If they tap their loans from a larger pool of funds, this saves the bank having to find other funding sources for lending out Home loans.

It is also possible that rate change is more likely if the banks are able to borrow cheaply and use up the funds. If the banks need to increase the Fixed Deposit rates to attract more funds, the home borrowers may see an increase rate.

Currently there is insufficient data to suggest whether it will be more risky or less risky with a home loan pegged to a shorter Fixed Deposit Tenure such as the DBS FHR-9 or UOB FDMR-15.

If you are unsure, you can call a Mortgage broker for a discussion or do your own Singapore Property market research. 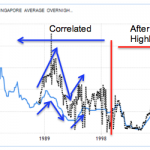 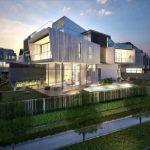